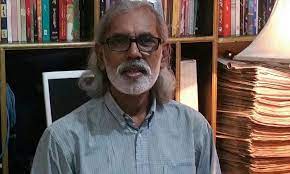 Senior journalist and columnist Waris Raza, who was reportedly abducted from his house in Karachi late on Tuesday night, was released on Wednesday evening, confirmed family and colleagues.

Speaking to The Express Tribune, Raza’s daughter Laila said that four vehicles arrived at their residence between 2:30 to 3:00 in the morning and asked for her father.

“First they took my father’s wallet and mobile and confirmed his identity. They later took him with them,” she said.

Laila said that Waris called them between 3:30 and 4am and told them that he was being taken for “interrogation”. “I asked him where he was being taken, to which he replied probably to Saddar,” she said and added that they could not make any contact with her father after that.

She said that she took the matter to social media and contacted many journalist bodies. “Journalists belonging to different media outlets helped us immensely and I am so thankful to them.”

Laila further said that her father called them at around 5:30pm today saying that he’s been dropped off at Mobina Town police station. He later returned home, she added.

Earlier, in her tweet, Laila had said that the senior journalist was ‘abducted’ as “they want to suppress all progressive voices” and her father had done nothing wrong.

Condemnations over the alleged human rights violation, demands for his release and calls for protest came from all corners including journalists, civil society members, human rights groups and political workers.

Waris has served for over 30 years in print and electronic media and had reportedly been associated with ARY and Urdu daily Express, among other media organisations. He had recently published a book on the history of Pakistan Federal Union of Journalists’ (PFUJ) struggle for press freedom in the country.

The PFUJ and the Karachi Union of Journalists (KUJ) condemned the alleged abduction and demanded his immediate release, with the former calling for country-wide protests. A similar statement, endorsed by senior journalists, lawyers, educationists, the Awami Workers Party, Pakistan Fisherfolk Forum, Progressive Students Federation, gender and labour rights’ groups besides political workers, was issued by the Human Rights Commission of Pakistan (HRCP) and the Joint Action Committee, condemning the alleged abduction and demanding Raza’s swift release.

By Wednesday evening, Raza’s colleagues and the family confirmed that he had returned home. “Senior Journalist Waris Raza who was picked up in the early hours of Wednesday and freed after nearly 10 hours detention thanks all those who have expressed solidarity with him [sic],” tweeted veteran journalist Mazhar Abbas at around 6pm. “I am fine and thankful to all those who raised voice for me,” Abbas quoted Raza as saying.

Karachi Union of Journalists also condemned the incident on its Twitter handle. 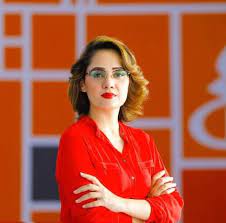