Senators for an end to protracted media clash

ISLAMABAD: The Senate on Tuesday resumed discussion on political situation in the aftermath of attack on Hamid Mir.

Speaking on the occasion, they said a committee of parliamentarians should be formed to resolve the conflict among different media groups. Taking part in the debate, Hafiz Hamdullah of Jamiat Ulema-e-Islam-Fazl (JUI-F) asked the government to take a clear position in the current scenario, saying Prime Minister Nawaz Sharif should either follow Muhammad Morsi of Cairo or Recep Tayyip Erdogan of Turkey.

He said that his party did not favour a ban on any TV channel, however, he said the media must stop the business of politician bashing. He also called upon the army to stop what he said backing its former general who violated the constitution. The JUI-F senator severely criticised Pakistan Tehreek-e-Insaf (PTI) chairman Imran Khan.

Senator Kamil Ali Agha of Pakistan Muslim League-Quaid (PML-Q) blamed the government of wrangling between the media and the military. He said that things could have been averted if the prime minister had visited ISI headquarters instead of rushing to Karachi to inquire after the health of Hamid Mir.

The Senate was informed that the government is taking a number of steps to improve power production in the country and provide cheap electricity to consumers. Responding to questions in Senate, state minister for water and Abid Sher Ali said that the government has signed five memoranda of understanding (MoUs) for development of coal-based independent power producers (IPPs) having a cumulative capacity of 6600MW.

He said the government has also planned to construct ten units of 660MW each at Power Park Gaddani in Balochistan on imported coal and the work is underway in this regard. He said that 20 percent local coal will also be used in this project, adding the project would commence next year and expected to be completed by the end of 2018. After the payment of Rs 503 billion circular debt last year, he added, the generation capacity has enhanced by 1700MW.

The opposition lawmakers staged a token walkout from the house after the state minister for parliamentary affairs Sheikh Aftab told the house that the government did not consult the defence ministry before taking any decision about the proposed privatisation of PIA.

Sheikh said the decision was taken by the prime minister as he was also holding the portfolio of defence minister when the issue was being discussed. But Senator Sughra Imam of PPP, who had raised the question, stated that the government had violated the rules. Shaikh Aftab said the government has decided to restructure PIA and 26 percent of its shares will be divested and efforts are on to add new planes to airline’s fleet. Raza Rabbani of PPP declared that privatisation of PIA is illegal as it falls under federal legislative list part II, for which Council of Common Interest (CCI) is the appropriate forum, which was bypassed by the government to “bless some of its cronies”.

The house was adjourned to meet again on Wednesday at 4am. 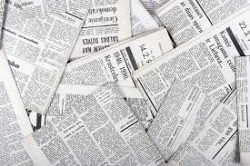 Govt plans to get tough with ‘dummy newspapers’