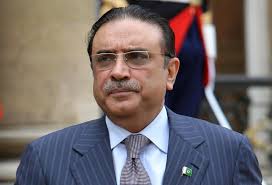 meeting on Thursday discussed matters of fake videos and rumours being circulated about former president Asif Ali Zardari and implementation on the committee’s report regarding payment to PTCL pensioners.

The meeting was held under the chairmanship of Senator Rubina Khalid at the Parliament House. The chair noted that till the time proper punishments were given and fines increased, people would not refrain from irresponsible use of social media.

She said that the office of the president of Pakistan was the highest public office and in the holy month of Ramazan, people kept spreading fake news about former president with inappropriate content.

She said that the Cyber Crimes Wing of the Federal Investigation Agency (FIA) should take steps to ensure such incidents do not take place and “if there is any need for amendment to the law then the committee be informed”.

According to a statement issued by the Media Directorate of the Senate Secretariat, the IT secretary informed the committee that such incidents were wrong, morally as well as religiously, and the FIA was taking measures to stop such moves in the future.

An FIA director said on the occasion that 25 accounts were located, which were part of the move, adding that 11 people had been identified, out of whom 5 lived abroad. “Delay in resolution of such cases happens due to involvement of courts, where the procedures are very long,” he added.

Regarding the PTCL pensioners, the committee expressed anguish over non-implementation of its recommendations. The committee was informed that Islamabad High Court has declared 1,129 employees eligible in this case.

Senator Rubina Khalid observed that due to the coronavirus pandemic, the education system was at a halt and there should be a way out with the help of technology so that the process of learning could resume.

Private schools should adjust their fee structure and the government should work on spreading the network across far-flung areas of the country. The committee decided to call ministry of education and professional training, HEC and PEIRA to next meeting.