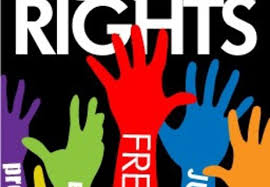 The committee, through the resolution, also called on Indian government to allow the international observers to visit the IHK. The meeting was held under the chairmanship of Senator Sajid Mir and was attended, among others, by Senator Lt. Gen (R) Salahuddin Tirmizi, Senator Anwar Lal Dean, Senator Dr Shehzad Waseem, Senator A Rehman Malik, Senator Liaquat Khan Tarakai, Senator Saleem Zia and senior officers of the Ministry of Kashmir Affairs, Gilgit-Baltistan, Government of Gilgit Baltistan and the Government of Azad Jammu and Kashmir, the Finance Division and Higher Education Commission (HEC).

Senator A Rehman Malik moved a resolution at the very outset of the meeting, which was unanimously passed by the committee. The committee strongly condemned the on-going aggression by the Indian forces against innocent Kashmiris in IHK.

The resolution says, “We strongly condemn the Indian government’s crackdown on human rights and civil society organisations and ban on their entry to visit Indian Held Kashmir to witness human right violations there”.

Senator Malik said that it was imperative that international human rights observers be allowed to monitor the situation in Kashmir as per demand by Indian human right organisations. This resolution, he asserted would re-energise the resolution of Kashmiris right of self-determination.

Senator Lt. Gen (R) Salahuddin Tirmizi was of the view that the Ministry of Foreign Affairs must be given to the committee to get a complete view of the issue and measures taken by Pakistan to resolve it. Senator Shehzad Waseem was of the view that Kashmir was a human rights issue and must be internationalised as much as possible.

While scrutinising the PSDP proposal for the next financial year it was revealed that the AJK government has demanded Rs35 billion for various development and projects that included a 740-km road along the LoC that would facilitate 13 constituencies. Besides this, projects focused on providing access to the people of AJK, such as building of roads and bridges, basic health facilities, education etc.

The committee was notified that bunkers for civilians were being constructed as well. For Gilgit-Baltistan, the committee was informed of the PSDP trend of the last 5 years and said that utilisation was 100 percent. Exponential growth has been observed.