ISLAMABAD: The Senate sub-committee on Information Technology on Thursday approved a draft of the Protection of Cyber Crimes Act, 2014 that aims to prevent electronic fraud, crimes and online acts of terrorism. The bill was moved by the PPP’s Dr Karim Ahmed Khawaja last May and since then had been struggling for committee approval.

Senator Khawaja has accused the government of creating hurdles in the passage of the bill because it wanted to take credit for it.

On a number of occasions, he claims he was asked to give ownership of the bill to the government. The sub-committee, which met under convener Dr Abdul Qayoom Soomro, has decided to send its final report back to the main committee for final approval to the draft before the bill is formally presented before the Senate.

Officials of the IT Ministry told the committee that a similar bill had already been tabled in the National Assembly, suggesting that the two should be merged. However, the sub-committee decided to approve the draft and has now left the matter to the main committee.

According to the mover, it is the need of the hour to address new offences, including illegal access to data, as well as interference with data and information systems, specialised forgery and electronic fraud, cyber-terrorism, unauthorised interception conducted by civilians, use of malicious viruses, identity theft and so on.

The bill also includes specific safeguards to balance against “intrusive and extensive procedural powers” in order to protect the privacy of citizens and avoid abuse.

The mover has stated that “currently Pakistan has no complete laws to deal with the increasing threat of cyber crime. All prevailing laws of the land remained fail to address the refined online threats of the existing era.”

The government has reportedly agreed to exclude cyber crime investigation from the purview of the Federal Investigation Agency, citing a lack of professional skills among FIA sleuths.

Digital, media revolution must be considered in curriculum development 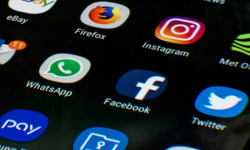