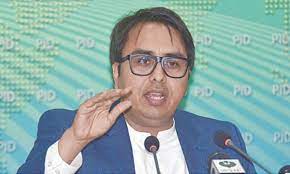 Gill’s lawyer told the court that his client was sick and cannot attend court proceedings.

To this, Judge Tahir Abbas Supra directed to ensure Shahbaz Gill’s presence in the case via online.

Furthermore, the court ordered all the respondents to make sure of their presence at the next hearing and fixed February 2 for the indictment of Gill.

It is pertinent to mention here that a case was registered against Gill at the Kohsar police station, Islamabad. He was accused of creating a divide in the state institution.

The LHC approved protective bail of Dr Shahbaz Gill till January 24 besides ordering the Federal Investigation Agency (FIA) to provide copies of all cases against the PTI leader.