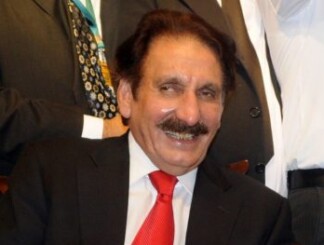 ISLAMABAD:  Chief Justice Iftikhar Muhammad Chaudhry on Monday took suo motu notice of blasphemous content circulating on the internet and sought a report from the Pakistan Telecommunication Authority (PTA) chairman within a week.

A complaint, registered through the Human Rights Cell of the Supreme Court by UK-based Pakistani Barrister Amjad Malik, drew the chief justice’s attention to the increasing amount of blasphemous material circulating on the internet.

According to a press release issued by the apex court’s media directorate, Malik asked the Supreme Court to issue necessary directives to PTA, the government and relevant institutions to block objectionable pages that are promoting blasphemy in the garb of freedom of expression.

In September 2012, the PPP-led government banned YouTube, following violent protests across the country against the blasphemous film Innocence of Muslims. Soon after the ban, an inter-ministerial committee, comprising representatives from the information technology ministry, PTA, Federal Investigation Agency, religious affairs ministry, intelligence agencies and other stakeholders, was formed to look into the issue and suggest a solution.

Last November, the committee in its final report suggested that the YouTube ban should be upheld until authorities agree to remove the video voluntarily or till PTA finds a way to block it. The telecommunications body, however, has failed to block the content from the world’s largest video sharing website.

An IT ministry official said the legal means of getting Google Inc to agree to remove the blasphemous video was to file a formal request for which there needs to be a Mutual Legal Assistance Treaty signed between the United States and Pakistan.