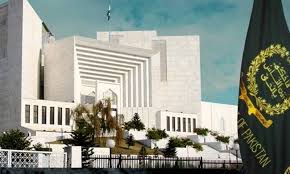 ISLAMABAD – The Supreme Court on Thursday observed that its directives regarding a bar on deduction of money in terms of taxes on prepaid mobile phone cards shall remain intact till further orders.

Chief Justice Mian Saqib Nisar observed that the court had not issued the directives (for bar) only for 10 days rather they had been issued till further orders.

The top court also granted a day-time to the federal government to submit a reply after consultation with stakeholders how the hike in the price of petroleum products could be decreased.

The observations regarding tax relief on prepaid cards of cellular networks as well as the directions pertaining to the issue of petroleum prices were given in the matter of alleged exorbitant and unreasonable taxes, cess duty and a fee on oil, gas and electricity by a three-judge bench headed by Chief Justice Mian Saqib Nisar and comprising Justice Umar Ata Bandiyal and Justice Ijazul Ahsan.

During the hearing, the break-up of prices of petroleum products from July 1 was also submitted to the court.

Likewise, kerosene oil’s ex-refinery price prior to duty is Rs64.77per litre and Rs2.61 per litre is charged as inland freight margin, Rs1.58per litre as OMCs’ margin, Rs6 per litre as petroleum levy and Rs12.74 per litre as GST, totalling Rs87.70.

During the hearing, Attorney General for Pakistan (AGP) Jawed Khan, officials of petroleum division and the Federal Board of Revenue (FBR) also appeared before the bench.

The chief justice remarked that the court would summon impartial experts on the price issue. He directed the officials to explain the justification for Rs7 increasing in the price on petrol after the top court’s notice.

The AGP contended that the price hike of petroleum products was necessitated by the rising rate of the dollar at the international market.

The chief justice observed that petroleum products were a necessary commodity for the daily life and it had become inaccessible (due to high price) and the imposition of different taxes was unjust.

The chief justice told the officials to impose taxes on such products which did not affect the routine life to give a relief to the public.

Justice Bandiyal observed that the jack-up in the price of the most important product, petrol, was a cruelty. Justice Ahsan observed that other duties were also being charged.

The chief justice remarked what was the justification of customs duty and sales tax on petroleum products.

The AGP responded that prices were decided by Pakistan State Oil (PSO) and the sales tax was increased due to hike on charges on petroleum prices internationally.

Justice Bandiyal further observed that collection of taxes in this way was a failure of tax officials and he sarcastically said that the easiest way to collect revenue was indirect taxes.

The chief justice as the officials to impose taxes on the exempted people.

Justice Ahsan in his observation said that the price of each commodity shoots up after the price hike in petroleum products.

FBR member policy Muhammad Iqbal contended that per litre tax on petroleum products in Pakistan was Rs24 percent and it was Rs69 percent per litre in India and so Rs124 in Germany.

Justice Ahsan wondered how Pakistan and Germany could be compared. The chief justice supplemented the views of Justice Ahsan and observed that many other facilities were being provided in Germany.

Justice Ahsan observed that the hike in price could be minimized by reducing the taxes. The chief justice observed that sales tax should be decreased.

On this, the AGP requested the bench to grant one-day time for the officials to deliberate on the issue. He, however, told the bench that the decrease in sales tax could be made possible.

The top court while accepting the request of the AGP directed to inform the court how the hike in the price of petroleum products could be reduced.

The Oil and Gas Regulatory Authority (OGRA) in its report submitted to the court in the case explained that three types of oil prices were being computed including ex-refinery prices, which were charged by local refineries providing petroleum products to local petroleum marketing companies.

The other types, according to the OGRA report, were ex-depot prices which were prevalent at 22 oil marketing companies’ depot/location spread across Pakistan and the third type was retail outlet prices.

The OGRA further explained that retail oil prices were prevalent at the retail outs of the oil marketing companies and being charged from petroleum product consumers.

“The federal government has allowed the oil marketing companies, under the deregulated scenario, to include the secondary freight (oil marketing company depot to the retail outlet) for the recovery from the consumers,” the OGRA said.

Under the October 15, 2010 decision of the Economic Coordination Committee (ECC), the federal government deregulated prices of petroleum products in June 2011.

“However, the high-speed diesel (HSD) ex-depot price was already deregulated in September 2002 and ex-refinery price on September 4, 2012,” the OGRA report said.

“In case there is no import in a particular period, the prices are notified by the OMCs on the basis of the federal government approved import parity price formula as amended from time to time,” the report said.