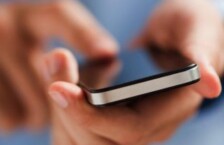 ISLAMABAD: Although the auction of 3G and 4G cellular licences yielded the government a staggering proceed of over Rs111 billion ($1.12 billion), where the huge amount should be parked was the centre of discussion before the Supreme Court on Monday.

Representing the federal government, Attorney General Salman Aslam Butt argued that the money belongs to the people of Pakistan and, therefore, it will go to the Federal Consolidated Fund (FCF), and not a specially created company called USF (universal services funds) under a statute meant only for telecommunication expansion in the under-served and remote areas of Pakistan.

“The process of distribution of the money so earned must be guided by the constitution instead of a statute for equal allocations instead of earmarking it for classified areas only,” the AG emphasised while citing a 2012 judgment by the Indian Supreme Court on the same subject.

But Advocate Athar Minallah, representing Naya Tel, was of the view that the contribution of telecommunication companies should remain parked at the USF and should not go to the FCF.

A three-judge bench headed by Justice Jawwad S. Khawaja was hearing a petition of Khurram Shehzad Chughtai, an information technology expert who had initially sought a direction for the auction of 3G spectrum and licence in the telecommunication sector on an urgent basis.

At the last hearing on April 16, the court had ordered to keep the proceeds of the 3G and 4G auctions in the FCF until it settles the dispute about the custody of the USF funds.

The row cropped up when the PML-N government transferred Rs62 billion USF to the FCF from the information technology ministry.

During the proceedings, the court inquired why such a huge amount should go to the USF, instead of FCF, but then hastened to answer itself by saying because the statute governing the utilisation of USF says so.

But then the court decided to dispose of the case which it initiated way back on May 17 last year on the grounds that since the issue of putting the auction proceeds was not before the court, it would be taken up again whenever the matter crops up if the government failed to provide funds for the development of cellular expansion in remote areas.

We have been informed that there are sufficient funds available for meeting the requirements of Section 33 B(2) of the Pakistan Telecommunication Authority (Reorganisation) Act, 1996, that asks for utilising the funds by providing access to telecommunication services to people in the un-served, under-served, rural and remote areas to be made and incurred by the federal government managing USF, the court said while dictating the order.

Since this is not a grievance or question before the court today warranting resolution of the issue, we do not consider it appropriate to adjudicate such a matter in exercise of our jurisdiction under Article 184(3) of the constitution that deals with the enforcement of the fundamental rights.

However the parties are free to invoke the jurisdiction of the high court if they want to challenge the vires of certain sections of the PTA Act, the court said.

“This means the proceeds will go to the FCF,” observed AG when Dawn approached him to explain the order.

On Monday, PTA Chairman Ismail Shah also appeared before the court and said that the services the consumers would enjoy and the activity so generated as a result of the 3G and 4G auction was more than what the country would actually receive upfront in terms of money after the sale.

He explained that two bidders have expressed their willingness to pay 100 per cent advance to get the licence after the auction whereas the other two have suggested paying 50pc in advance while rest of the balance through deferred payments in five years. Earlier the cellular operators used to pay the license money in 15 years.