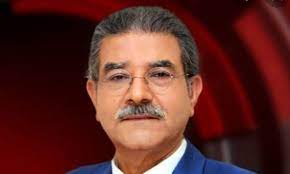 ISLAMABAD,: The Islamabad High Court (IHC) on Monday disposed of a petition against possible action of Federal Investigation Agency (FIA) against the TV anchor Sami Ibrahim.

Chief Justice of IHC Athar Minallah heard the case filed by the mother of Sami Ibrahim, who asked the court to direct the FIA that it does not act against her son.

Whereas the CJ remarked that the petition was filed when the petitioner realized that there was a possibility of anchor’s arrest after his return.

He (CJ) further noted the FIA had stated in its reply that no FIR was registered against Sami Ibrahim and matter still was at stage of inquiry.

The CJ also added that the FIA had assured the court that relevant SOPs would be followed in this case.

Moreover the court directed the FIA to also inform the Pakistan Federal Union of Journalists (PFUJ) regarding the allegations against Sami Ibrahim.

Following the said observations, the court disposed of the petition.