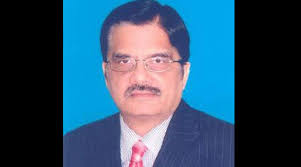 An officer of the information service, Saleem had been serving as the principal information officer with the federal government.

The appointment was made on the directives of the Supreme Court, it has been learnt.

A five-member committee headed by Sartaj Aziz was constituted, which short-listed three candidates after interviewing 62 applicants. Saleem’s name was on top of the list of candidates short-listed by the committee.

In April, Chief Justice of Pakistan Justice Saqib Nisar had remarked that the Supreme Court wanted to end the government’s control of the media regulator and observed that the institution should be an independent one.

“There is no sword hanging over the government regarding this issue but this should be done,” Chief Justice Nisar had observed, while heading a three-member bench hearing the media commission case. The court had then formed the search committee to appoint the chairman for the authority.