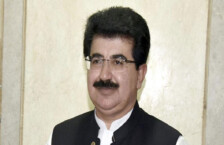 ISLAMABAD: Chairman Senate Muhammad Sadiq Sanjrani called for constitution of a joint investigation team (JIT) with regarding to the alleged murder of a Balochistan journalist Anwar Jan.