Role of media in protection, promotion of human rights discussed 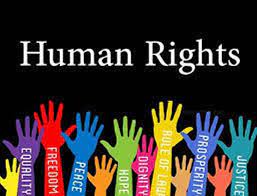 KARACHI: Media persons had an extensive discussion on issues they face in reporting on human rights at a media consultation organized by European Union (EU) funded Huqooq-e-Pakistan Project (HeP) in collaboration with the Sindh Human Rights Department.

Huqooq e Pakistan is a joint initiative of the European Union and the Ministry of Human Rights with the objective of supporting the continued efforts of the Government of Pakistan for the promotion of human rights.

The consultation event organized at Karachi Press Club on Tuesday and attracted good representation from regional, Urdu and English newspapers, channels and social media including a large number of women journalists.

They were briefed about the role of media in the promotion and protection of human rights, Pakistan’s national and international commitments on human rights and Solutions Journalism, a new media domain that promotes reporting on solutions rather than highlighting problems only.

Speaking on this occasion, HeP’s senior key expert human rights and communications- Seema Jaffer said that hep considers media a partner in promoting human rights in the country as it informs, educates, and sensitizes the general public and policymakers, civil society, and those implementing the laws and policies.

Seema said that protection of human rights is the basis of all democratic and progressive societies. Internationally, human rights indicators determine the image of a country. “Pakistan is the signatory of seven core international human rights treaties and two additional protocols. Media plays critical role in implementation and reporting on these international commitments,” she said.

The event also featured screening of video and animations developed by HeP to raise awareness on human rights and legal protection provided under the constitution. Details about the recently launched Ministry of Human Rights Human Rights Resource Portal were also shared with the journalists. The participants were encouraged to utilize these resources in their stories.