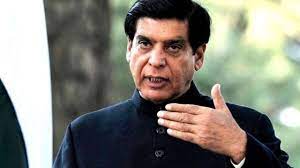 ISLAMABAD: Speaker National Assembly Raja Perviaz Asharf on Tuesday said that Parliament is representative of masses and maintaining supremacy of Parliament is collective responsibility of all stakeholders.

He said that the role of Parliamentary Reporters is vital to maintain close liaison between public and parliament. He said that Parliament Reporters Association (PRA) is representative body of all reporters who is responsible for apprising the masses about Parliamentary activities and proceedings.

He expressed these views while meeting with Members of the Executive Body of the Parliamentary Reporters Association (PRA) in Parliament House, said a news release. Speaker Raja Pervaiz Ashraf said that he has always been struggling with support of Press and Media for supremacy of the constitution and the parliament.

He also expressed his appreciation for the role of media to boost the democratic values in the country. While responding to suggestions of Secretary General PRA, Speaker Raja Pervaiz Ashraf agreed to include the logo of PRA on the Entry pass for Press Gallery of National Assembly.

He also principally agreed to contribute for the PRA Members welfare and fund. The Speaker condemned the closure of press gallery during the previous government’s regime and assured that such events would not be repeated as his party believes in freedom of press.

He directed National Assembly Secretariat to provide all-out support to Parliamentary Reporters for discharge of their professional responsibilities.