RIUJ to continue struggle for rights of media workers 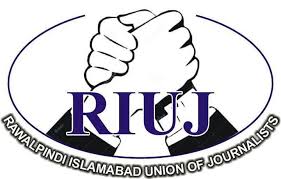 ISLAMABAD: The newly elected body of the Rawalpindi Islamabad Union of Journalists (Afzal Butt group), at its first meeting, has decided to continue the protest campaign for the rights of media workers and freedom of press.

The meeting criticised the information ministry for not resolving the issues of the employees of the state-owned news agency and expressed solidarity with the employees.

The RIUJ body decided to develop coordination with all media associations and reorganise the union’s units in every media house to forward the cause of media employees.

It also decided to gather information about the issues faced by employees of various media houses and approach their managements to get these problems solved.