Rise of internet and mobile banking 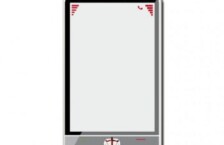 First, the number of people going online is gradually increasing. Over 30 million folks are now online in Pakistan. Wireless broadband penetration is increasing as well, leading to wider uptake. With the 3G/4G rollouts in motion now, more people are expected to join online and mobile banking as virtual platforms get more secure. Yet, given the 30 million+ overall internet users and 10 million+ unique bank account holders, IB and MB users in Pakistan (1.53 million and 1.78 million, respectively) are on the low side.

Secondly, an increasing number of commercial banks are waking up to smell the coffee. Some of the leading banks like SCB, MCB and HBL have developed dedicated IB or MB platforms. Recently, many banks are seen actively promoting this channel to their customers and non-users in high foot-traffic shopping locations like shopping malls and airports.

And finally, it seems that folks are getting more comfortable availing virtual banking services. Though there is no study to support that assertion, there is one small cue: MB and IB users are growing in single digits but there is double-digit growth in average transaction size (ATS). IBs FY14 ATS of Rs39500 increased by nearly a third to Rs52444 in 1QFY15. MBs ATS of Rs10864 in FY14 grew by nearly a fifth to Rs12909 in 1QFY15. Such significant ATS growth signals growing trust in online systems.

But as pointed out earlier, the addressable market is huge. The dominant youth demographic, which has grown up demanding technology solutions, can be readily served. The only challenge is to balance the channel convenience with data security and privacy. Here is hoping the upcoming SBP regulations on internet banking will lead the way and help the banking providers to increase their outreach.