Rights Experts Slam Use Of Force Against Journalists Covering US Protests 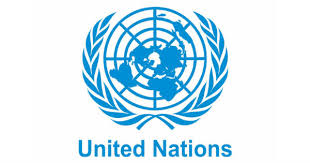 UNITED NATIONS: The monitors for freedom of expression for the United Nations and the Inter-American Commission for Human Rights Wednesday condemned the use of force against journalists reporting on demonstrations that have rocked cities across the United States over the past two weeks following the death of George Floyd, an unarmed African-American man, by police in Minneapolis.

“We have received numerous reports of journalists attacked, harassed, arrested and detained in the course of their work covering protests in the United States against systemic racism and police brutality in the United States”, UN Special Rapporteur David Kaye, and his counterpart from the Organization of American States (OAS), Edison Lanza, said in a joint statement.

“Law enforcement has the duty to ensure the safety of journalists who are covering protests and to guarantee the right of the public to seek and receive information about these social mobilizations.” The statement underlined the “essential watchdog role”, of the press in democratic societies, and the experts reminded US authorities that reporters must be afforded “the highest degree of protection” in order to perform their work freely.

“This obligation includes both the duty to avoid the use or threat of force against journalists and to protect journalists against third party violence,” they said.

“The targeting of media workers with lethal or less-lethal force for doing their work is prohibited under international human rights law and contrary to best policing standards.

Those violating such rules must be subject to accountability and disciplinary processes.” Similarly, “public authorities should condemn attacks against journalists and promote the role played by the press”, the statement said.

The experts have previously addressed what they described as US President Donald Trump’s “years-long attack” on the media, which has fostered a climate of hostility and intolerance.

Nearly two years ago, they expressed concern over the President referring to the media as the “enemy of the American people”, “very dishonest” or “fake news”, and accusing the press of “distorting democracy”, among other charges.

“We are deeply concerned that the militarization of policing in the United States not only interferes with the right to peacefully assemble but also limits the ability of the press to cover protests”, the experts added.

“It encourages law enforcement to see protesters and journalists as belligerents, and we strongly encourage demilitarisation and a reliance on international standards for the management of protests”.

Kaye, an American, was appointed by the UN Human Rights Council in August 2014 to monitor protection of the right to freedom of expression across the world.

Lanza, who is from Uruguay, has served as the Special Rapporteur for Freedom of Expression of the Inter-American Commission on Human Rights (IACHR) since October 2014.

The IACHR is a principal and autonomous organ of the Organization of American States (OAS).