HYDERABAD: The 40-day-long hunger strike of a young Baloch student, Lateef Johar, is starting to have a ripple effect as his plight is beginning to draw voices of sympathy from rights organisations and civil activists.

Braving the bristling summer heat, with temperatures propelling to 44 degrees celsius on Sunday, representatives of various non-governmental organisations pitched up a token hunger strike camp outside the press club to show their support for Johar and his cause. Mustafa Baloch of the Strengthening Participatory Organisation (SPO) said that the hunger strike will be observed for 24-hours.
“The boy will die if he doesn’t end his hunger strike,” he said. “We want the government to at least accept his demand to locate Zahid Baloch.”

Despite his failing health, the student activist’s resilience in demanding the release of Baloch Student Organisation-Azad’s (BSO-A) leader, Zahid Baloch, at his protest camp outside the Karachi press club, has moved a lot of hearts.

In the evening, Baloch musicians played nationalist songs. The camp will run till noon today.

“First, our chairperson, Zakir Majeed, was illegally detained and then they took away Zahid Baloch, who assumed the charge after him,” a young girl, who introduced herself by her pseudonym Inqalabi Baloch, shouted in protest.

Inqalabi, an activist of the BSO-A, claimed that the Balochistan government was not taking action to locate Zahid and other missing persons. 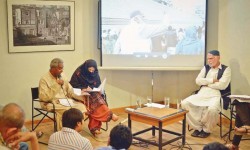 T2F hosts the Balochistan discussion that others shy away from 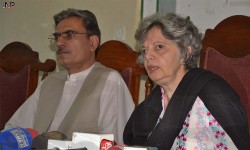 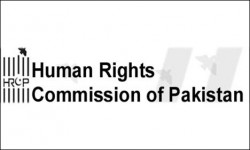