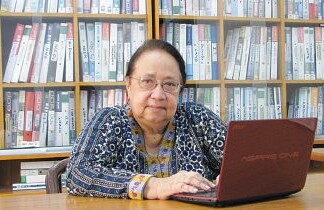 KARACHI: Prominent human rights activist, journalist and environmental writer Najma Sadeque passed away in the early hours of Thursday. She was 72.

As a journalist, Ms Sadeque worked with Dawn Group’s eveninger The Star and The News International. But violations of human rights, especially women’s rights, made her extremely sad, leading to her founding the Shirkat Gah with seven other like-minded women in 1975.

This was while she was working in Dawn Group. Later, she also joined The News for a while. And even after leaving the newspapers when most of her time was consumed by work for Shirkat Gah and the Women’s Action Forum, she remained a proficient writer, contributing articles on human rights, gender issues and environment to newspapers as a freelancer.

Born in what was then East Pakistan, Ms Sadeque grew up on a family farm, which served as a basis for her writing on land and development issues later on. As a student at the Viqarunnisa Noon School and College in Dhaka she was praised by her schoolteachers for her knack for writing in English.

After moving to Karachi following her marriage, she joined an advertising company as copywriter. But before that she had also held her first art exhibition in Karachi at the age of 19.

Her daughter Deneb Sumbul, a documentary film-maker, says that her mother was a very talented artist and painter and she has some of her most beautiful work at home. “In how many ways can I describe my wonderful indomitable mother – she wore so many hats – an activist to the last, journalist for over 35 years, one of the founding members of WAF and someone who had so many interests and never short on wonderful ideas and new perspectives,” she wrote in an email message announcing her mother’s passing.

Along with all her work, Ms Sadeque had been editing the English translation of the Quran done by her own mother Dr Syeda Fatima Sadeque, a double PhD. “She was hoping to have it published in both Karachi and Dhaka,” said her daughter.

Of late Ms Sadeque was suffering from kidney failure and her condition worsened due to a viral infection and chest congestion.