Right to know: Activists stress for implementation of right to information law

HYDERABAD: Civil society activists pressed for implementing the provincial law that grants the public access to information regarding government functionaries and official documents.

The participants at a dialogue on Sunday also pointed out flaws and ambiguities in the Sindh Freedom of Information Act, 2006, which the officials allegedly manipulate to keep information from the people.

The event, titled ‘Right to Information for Good Governance’, was organised by the Sindh Community Foundation (SCF). Dr Syed Raza Gardezi of the Karachi-based non-profit organisation, Shehri – Citizens for a Better Environment, said they had filed 280 applications for sharing information over the last several years. Only 80 of their applications were accepted.

Read: Right To Information: Toll-free helpline in the offing

“The law was formed in 2006 [during Gen (retd) Pervez Musharraf’s regime] without consulting stakeholders. It left ample room for the bureaucracy to keep even the expenditure on public projects hidden from the people,” he said.

According to Section 13 of the Act, after receiving an application, the relevant information has to be shared with the applicant within 21 days except if the required document is classified or exempt from disclosure.

Gardezi urged the civil society and media to join hands to press the provincial legislature to amend the law and ensure the provision of complete access to information about development expenditure and other use of public money to the people.

SCF executive Javed Hussain Soz lamented that the law did not lay down a penalty on officials who were reluctant to share the information. He also believed that a lack of knowledge among the people about the vitality of the law undermined its usefulness.

“Keeping citizens unaware helps them get away with bad governance and embezzlement of public money,” contended advocate M Prakash, who also represents the Hindu community.

Mustafa Baloch, a representative of Strengthening Participatory Organisation, found both political parties and the bureaucracy culpable for keeping the law dysfunctional.

The participants particularly stressed amending the law to ensure the public was not denied information about the use of public money and also penalise officials who violated the law. They also acknowledged the responsibility of the civil society for creating awareness about the law among the people. 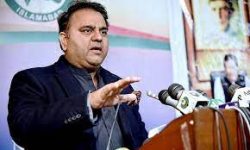