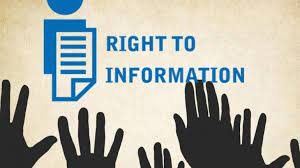 The Sindh Transparency & Right to Information Act 2016 was enacted in March 2017 and, subsequently, ratified by the governor that April to ensure transparency and accountability of public officials in the matters of public importance.

Under the law, citizens can seek information from government departments, which are bound to provide the information within 15 working days. However, the meeting pointed out, the law’s implementation has remained challenging. Due to delays in the appointment of information commissioners, the commission has remained dysfunctional since May 30, 2021.

The meeting pointed out that designation of public information officers (PIOs) is also lagging behind and not designated under Section 7 of the law, and the dysfunctional commission is consequently depriving citizens from exercising their fundamental right of access to information guaranteed under the constitution of the country.

They demanded that the provincial government instruct public bodies to implement Section 6 of the law that pertains to the proactive disclosure of information through websites, and provide the necessary funds to the public bodies in this regard. They also demanded that PIOs be designated and notified in all public bodies, as required by Section 7 of the law, and ensure that their contact details are easily accessible through notice boards, websites and publications. PIOs should be designated by post, not by name, to ensure continuity in case of an officer’s retirement, transfer or death.

They demanded that the government take steps to ensure indexation and computerization of records in all public bodies, allocate requisite funds in the budget for the purpose, and allocate adequate funds for the commission so that it can effectively perform its statutory responsibilities in terms of public awareness and the PIOs’ capacity-building.