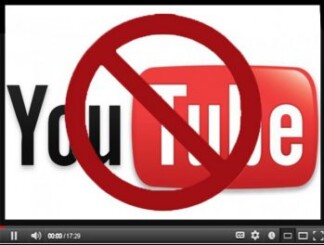 LAHORE: The Lahore High Court has expressed disappointment over lack of response from the administration of IT giant Google with regard to attending proceedings for restoration of its video-sharing website Youtube.

Justice Syed Mansoor Ali Shah observed: “Google have not made any effort to inform the court about their inability to join instant proceedings which is not expected from a reputable company like it.”

He said Google Asia Pacific Ltd failed to respond to court notices issued to solicit Google’s position whether it wished to localise its services in Pakistan (i.e., google.com.pk).

The Ministry of Information and Technology (MOIT) told the court that Google was not interested in joining the instant proceedings.

Petitioner’s counsel submitted that there were several technologies available which could help block controversial contents/sites appearing on the Youtube and, therefore, the ministry and PTA be directed to reopen the functioning of YouTube and only block the controversial sites.

On the other hand, representative of the ministry and PTA submitted there was no such technology available so far which could absolutely block all the controversial sites and, therefore, there was no guarantee that any controversial film or material would not surface on YouTube.

The judge remarked that the answer to the opening YouTube lied in the technological ability of MOIT/PTA to block controversial content as and when it appeared on the website. He directed PTA (S&D) Director General Wasim Tauqeer to hold a meeting with the petitioner as well as representative of MOIT and the IT experts in order to assess and explore the state of technological ability available in the country.

The judge ordered that departmental representative would organise a meeting before the next date of hearing and explore various technologies that could enable MOIT/PTA to block the controversial websites and yet make available the educational and informational content on YouTube for the public.

He directed that Mr Tauqeer would place the meeting minutes on record before the next hearing and also appear before the court in person to render assistance.

Justice Shah observed in case MOIT/PTA failed to come up with a technological answer, the court would then proceed to decide the matter on the constitutional touchstone of fundamental rights and public interest involved in this case. Further hearing will be held on July 27.

CHALLENGED: A petition has been filed in the LHC challenging appointment of Mustafa Ramday as Punjab’s acting advocate general.

Advocate Noshab A Khan filed the petition and stated that under Article 140 of the Constitution, the qualification of a high court judge and that of the AGP was equal. He said minimum age limit for the judge was 45 years, therefore, a person below this age could not be appointed as AGP either.

The lawyer pleaded a person who was not qualified to become AGP could not be given acting charges also. He maintained Ramday was younger than 45 years.

The petitioner stated the impugned appointment was a result of favouritism as Mustafa Ramday had been defending the Sharif family in many cases. He prayed to the court to set aside the appointment as being unconstitutional.