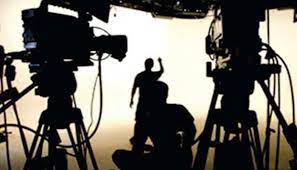 Islamabad: The debates on the TV channels lack subject specialists, the Pakistan Institute of Development Economics (PIDE) said in a research: The Electronic Media Economy in Pakistan: Issues and Challenges.

It recommended that the participation in TV discussions should be 80 percent analysts and 20 percent politicians or spokespersons of political parties, which is the rule followed by well-reputed news channels like BBC and CNN.

In an analysis of selected prime talk shows, the research by the government-funded think tank found that 73 percent of guests were political figures, 22 percent were analysts and only 5 percent were experts. The study said that of the 10 analysed talk shows, the percentage share of host speaking average time was 42 percent. It paints a bleak picture for giving time to guest speakers and anchors, hijacking the contents rather than being a regulator of the program content.

It said the debates and contents play an important role in how things are perceived, how people, policies, happenings, events, and changes are described, and whether they should be accepted or rejected by those who matter.

The topic most discussed was politics, 72 percent, followed by health, 4 percent, terrorism, 3 percent, economy, 2 percent, education, 2 percent and sports, 2 percent. The dominance of politics at the cost of issues such as health, economy and society, in general, is the source of concern, the study said.

It said historically, the media in Pakistan has been used both to advance the agenda of military and civilian governments and in support of pro-democracy movements. The state used it for a unified national position on domestic and foreign policy issues. Since 2002, the liberalisation of media led to an explosion of local, privately-owned satellite television channels distributed via cable networks. Since then, it has earned a reputation as vibrant and critical of the state. Private news channels are hugely influential today; many evening news anchors are celebrities, and their shows play a vital role in public opinion-making, the research said.

However, some outlets have developed a reputation as sensationalist and irresponsible, and are viewed as the ones that spur political instability, hijack foreign relations and promote extremism. Some opine that Pakistan’s electronic media is creating stress, fear and negative reporting and have low awareness campaigns related to COVID-19.

The study said the media remains vulnerable amid excessive regulatory constraints, content control, threats to journalists and an unsustainable revenue generation model. The government, military, intelligence agencies, judiciary and non-state actors such as militant groups exploit this vulnerability as part of their competition for political power.

But, the media still confronts and largely respects a series of red lines: No criticism of the military or intelligence services and no criticism of religion. Those outlets or journalists that cross these lines often suffer bans, beatings or worse. They face threats not only from the state and regulatory institutions but also from extremist elements. State intimidation tactics, from withholding advertising revenue to waging hate campaigns on social media, have driven many journalists and their employers to self-censorship.

The research said the excessive role of government plays a large role in determining what knowledge will be produced and who will obtain it. Their control over information and knowledge is manipulating the thinking of the common public. The regulation by the Pakistan Electronic Media Regulatory Authority (Pemra) towards cross-ownership and its inefficiency has resulted in the concentration of wealth and power in the hands of a few elites. This concentration makes it easy for the state to control the media.

The study estimated that the total TV viewership is 144 million, out of which 44 million are terrestrial, while 96 million are cable and satellite viewership. At least 30 private TV channels exclusively broadcast news and current affairs program. The number of journalists in the same period ballooned from about 2,000 to over 20,000. Overall, the number of people associated with the media industry reached around 300,000.

Seventy percent of the population own TV, with 100 million young and adult people watching 120 minutes every day, a move from 240 minutes per day in one decade. Among watched content, 70 percent of the content is entertainment, while 19 percent is news. This expansion in the media industry is attributed to improved economic fundamentals, increased per capita income, a rise in the consumer economy and an expanding advertising sector.

The research said the influence of the media on society is unquestioned. Its reach penetrates nearly every corner of the world and every aspect of life. But it has also been a contested realm, embodying class politics and the interests of monopoly capital.