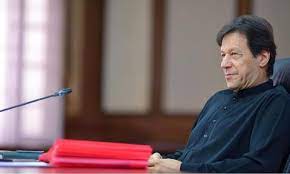 ISLAMABAD: Pakistan Muslim League-Nawaz (PML-N) information secretary Marriyum Aurangzeb has claimed that the latest report of the Reporters without Borders is a charge-sheet against the Pakistan Tehreek-i-Insaf (PTI) government.

In a statement on Monday, she said Imran Khan’s alleged “authoritarian attitude” and character was defiling Pakistan’s image abroad.

Ms Aurangzeb said the global community had unequivocally condemned the government’s suppression of the freedom of expression.

“The report says that the PTI government is worse than military dictatorships in Pakistan when it comes to press freedom. The Human Rights Watch, Pakistan Press Freedom Report and Freedom Network Report had already declared the Imran government as the worst media gagging administration in the history of the country,” she said.

Ms Aurangzeb said the latest report of the Reporters without Borders had exposed the “predatory behaviour” of the government. She said the actions by the PTI government had not only reflected negatively on Pakistan’s journalism but also adversely affected the country’s position when it came to Financial Action Task Force and the GSP Plus status by the European Union.

Ms Aurangzeb said the report pointed out that newspaper distribution and news channel broadcasting were hampered by the PTI government.

“It mentions that journalists are harassed, abducted and assaulted for crossing the red lines defined by the state. The report also pointed out that freedom of expression on social media is also being curbed through new dark and draconian laws,” she said while quoting from the report.

Reporters Without Borders, also known as Reporters Sans Frontiers (RSF), on its official website has published “a gallery of grim portraits, those of 37 heads of state or government who launched a crackdown massively on press freedom” under the caption “RSF’s 2021: Press freedom predators gallery – old tyrants, two women and a European.”

“There are now 37 leaders from around the world in RSF’s predators of press freedom gallery and no one could say this list is exhaustive,” RSF secretary-general Christophe Deloire said.