Renowned journalist Qamar Ahmed scores 400 not out in Tests 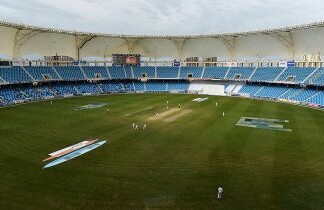 KARACHI: Just as Pakistan and Sri Lanka begin to lock horns in the final fixture of the three-Test series at the Sharjah Cricket Stadium today, renowned freelance Pakistani cricket journalist Qamar Ahmed reaches the unique landmark of covering the 400th Test match of his illustrious career.

A former first-class cricketer – who once competed with fellow slow left-armer Nasim-ul-Ghani for a place in the West Indies-bound Pakistan squad in 1957-58 – Qamar, now 76, is still very much a regular in the media centre whenever a Test in which Pakistan are involved or in England – a country that was his permanent haven for 44 years.

In an exclusive interview with Dawn, the globetrotting Qamar looked back at his colourful career which took him to all Test playing nations, barring Bangladesh, during which he saw a lot of milestones achieved and history being made.

Asked how he got into the realm of cricket journalism after playing the sport at the first-class level, Qamar said: “As a student I used to read Australian all-rounder Keith Miller’s column in Dawn which got me interested in cricket writing. An English language newspaper, Indus Times, was launched in Hyderabad and its sports editor H.M.S. Baig asked me to write on sports and cricket which was the start of my writing career.

I was a student of MA English Literature at the Sindh University during the time and it was quite thrilling for me to contribute to a paper.

“I was then appointed in-charge of PPI news agency which opened for the first time in Hyderabad, the city where my family settled after we migrated from India.

I worked from 1961 to 1963 for PPI which turned out to be my first and last job as an employee in journalism. Since then I have been a freelance writer. Also, at that time I was playing first-class cricket too.”

Comparing the past with the present, Qamar recalled that it used to be extremely tough to report on matches because the technology was not what it is now. “There were no facilities such as direct dialing, email, internet but only telex was available in those days.

It was challenging to meet deadlines. Electricity failure and telephone failures were common and that was a great hindrance,” he narrated. “Not many people were there to guide or coach you and not many journalists around. Now there is every thing available at your fingertips. Truly, the means of communications have been revolutionised.”

When queried why he opted to become a freelancer, Qamar said it happened just by chance. “After I went to England in 1964, I played and watched cricket and studied journalism. It was difficult to get into mainstream English journalism till I got a break in the 1970s for the BBC Urdu Service,” recalled the veteran writer.

“Once into it, I never looked back as I started to get assignments from all over the cricketing world for reporting and also as a commentator for radio and TV. Despite being not very secured without a regular monthly income, I somehow managed to survive and preferred to be my own captain as a freelance journalist.”

Recalling the difficulties he had to face in the days when the modern technology was not there, Qamar remarked: “They [BBC] would take my report by telex and then read it themselves, mentioning my name or that of the reporter. With modern technology now you can email your report in a flash.

But it was totally different in the past because one had to fax the copy and even dictate on phone to the copytakers of various British newspapers.”

When asked to pinpoint the highs and lows of his long journey, Qamar reminisced how he passed through countless tests of endurance to achieve his goals.

“The low points in early days were when not many jobs were available and I just survived by the thread, doing temporary odd jobs at the London School of Economics, the British Law Society, the British Medical Society and international oil companies.

“The high points were when I started reporting for the BBC, international news agencies Reuters and AFP, the Guardian, The Times, the Daily Telegraph, Dawn and various other international papers as well as magazines. I also commentated on radio and TV in every country where I went,” he said.

Qamar, easily the most-travelled cricket journalist, also shed light on places where could many never hope to go.

“Cricket was a routine while travelling. Meeting [the legendary Australian batsman] Sir Don Bradman on my first visit to Australia and interviewing the great Nelson Mandela in Sweto after he was released from prison were definitely the most defining moments of my life,” Qamar proudly recollected.

“I’m a big fan of heritages and various cultures. Therefore, I was lucky enough to visit the Taj Mahal, the Pearl Harbour, the Niagra Fall, the Victoria Fall in Zimbabwe and the wildlife in Africa which is my passion.”

He also felt privileged to have worked alongside some of the legendary and most respected figures in the field of writing and broadcasting.

“Yeah, I can count myself very fortunate in that respect. Working alongside great journalists/broadcasters like John Woodcock, Alex Bannister, John Arlott, Tony Cozier, Christopher-Martin Jenkins, Mike Coward, K.N. Prabhu and writers such as Omar Kureishi was an enthralling experience,” he recounted. “The greatest virtues of those legends were that they were articulate, hardworking, unbiased, devoted and knowledgeable.”

When asked to comment on his latest feat, a modest Qamar noted that it was just like reporting another match. “Frankly speaking, covering my 400th Test is just like doing any other match on any other day. It is just that I had never ever even thought of it when I started in as a fulltime cricket writer and broadcaster in 1974 that I will reach this day. I guess God has been very kind to allow me to cover so many matches at the highest level!”

To another query, he said the game has changed drastically from the time he used to report. “The rest days in Tests are no more and that’s big change.

There were not many Test matches played when I started as compared to now when it is more than a game. It is a kind of business which brings money, jobs and publicity for those involved,” Qamar pointed out.

“There were packed houses in most countries to watch Tests, not now. One-day cricket has taken over in popularity and crowd had dwindled but England still attracts a full house most of the time. I saw in the 1960s one-day cricket evolve and then become a business worldwide.

At the conclusion, Dawn asked Qamar to pick two separate World XI squads from his era of cricket reporting.

Here are his selections for a Test and One-day International: 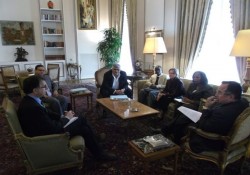 IPI Board calls on Egypt’s president to pardon journalists