Remembering Jigar, the poet of love, mysticism and politics 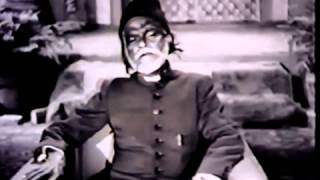 KARACHI: Jigar Muradabadi was not only a poet of love and mysticism but he also portrayed the political situation in his ghazals and nazams as one penned by him in Bombay in 1946.

This was stated by eminent literary critics in a talk about the poetry of Jigar Muradabadi — one of the most influential Urdu poets of the 20th century — at a literary sitting arranged by the Oxford University Press on Wednesday evening.

Bari Mian and Wajid Jawad shared their thoughts about Jigar and recited selected poetry of Jigar.

“Love was an integral part of Jigar’s poetry and the lyricism in his style was so popular among the masses that many of Jigar’s couplets were used by the common man to discuss various situations,” said Bari Mian.“His unique style of presenting poetry was so admired that Jigar was regularly invited to Mushaira and literary forums,” he added.

While Mian shed light on the work of Jigar, Jawad read out some of his couplets.

Bari Mian said that Jigar was so compassionate in his life but always loudly presented his opinion in case of differences. He expressed his hate towards Indo-Pakistan politics in his poem, Bazeecha-i-arbab-i-siyasat se guzar ja.

Referring to Rasheed Ahmed Siddiqui’s memoirs about Jigar, Mr Jawad said that Jigar’s wife was so irked by his alcoholism that once she asked him to choose between her and alcohol. Jigar chose to leave his wife though he was equally upset by the separation.

Then he read out some of the poems of Jigar from a book of selected poetry recently published by the OUP.

“In the poetry of Jigar Muradabadi, his earthly love often turns into a divine love,” said Bari Mian. He also read out his famous couplet:

Jigar Muradabadi, who is also referred to as a pillar of Urdu Ghazal, died in 1960.

Bari Mian recited one of the last poems of Jigar which was much appreciated by the audience. It begins as:

A Pakistani artist’s gift to Gulzar