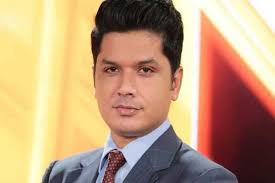 KARACHI: Family members and friends of murdered anchorperson Mureed Abbas and his friend Khizar Hayat on Monday held a demonstration outside Karachi Press Club, urging the authorities to provide justice and security to the heirs as they were allegedly being threatened.

Mureed and Khizar were shot dead allegedly by Atif Zaman over an apparent monetary dispute in Defence Housing Authority on July 9.

Later, the suspect attempted suicide by shooting himself, but he survived.

On Monday, around 40 to 50 relatives, including women, held the demonstration, carrying banners inscribed with slogans against the suspected killer.

The protesters claimed that the family of Mureed Abbas was being threatened and harassed through different sources.

They asked the authorities for provision of security.

Meanwhile, DIG South Sharjeel Kharal told Dawn that “sincere efforts are continuing for the arrest of absconding accused Adil Zaman [the prime suspect’s brother] by using modern techniques”. He hoped that he would be arrested “very soon”.

Regarding a complaint for provision of security to the anchorperson’s widow, Mrs Sidra Abbas, who is complainant of the murder case, the DIG said the police approached the widow “time and again” and offered security in case she needed it.

The police were treating the murder of the anchorperson and his friend as a high-profile case and since it involved “financial scam”, the investigators had also sent the case to the National Accountability Bureau (NAB) for a probe.

All formalities of the case have been completed. Section 7-ATA (Anti-Terrorism Act) has been added in the case. Charge sheet is being submitted and the case is being investigated on merit, according to police.

According to the complainant, Mrs Sidra Abbas, who registered the murder case against Atif Zaman and his brother Adil Zaman, her husband Mureed Abbas (newscaster in BOL TV) and his friend Khizar Hayat had monetary dealings with Atif Zaman for a few months.

A special investigation team has been constituted under the supervision of SSP Investigation-I, South Zone, Karachi by the DIGP South Zone.

Statements of eyewitnesses, namely Umar Rehan, Usama Ahmed, Mohammad Ilyas and Imtiaz Ahmed, have been recorded before the court.

The investigation officer (IO) of the case obtained CCTV footage of the camera(s) installed near the place of offence and the same has been sent to the FSL.

Driver Nadeem, who was an eyewitness to the murder of Khizar Hayat, committed suicide on July 19 at his house situated in Kashmir Colony “due to financial problems”.

As per forensic report, the empties have matched, according to contents of the case seen by Dawn on Monday.