Regulatory duty to be introduced for unregistered mobile phones

ISLAMABAD: The government has decided in principle to introduce regulatory duty (RD) with a minor penalty for unregistered used mobile phone sets depending upon the category they belong to, Dawn has learnt.

The blocked mobile phone will be unblocked only following the payment of RD along with the penalty at the nearest customs point.

Approximately, it has been estimated that imports of illegal phones in the market cause roughly $1.5 billion in revenue losses to the government exchequer annually.

It has been observed that most of the used and refurbished mobile phones that are being smuggled into the country using different channels will be blocked through Device Identif­ication, Registration and Blocking System (DIRBS) mechanism.

In May 2018, the Pakistan Telecommunications Auth­ority (PTA) launched the DIRBS mechanism to counter the spread of substandard and used phones being smuggled into the country.

An official source told Dawn that from November 15 onward all consumers will text the International Mobile Equipment Identity (IMEI) number printed on the box of a new handset to 8484.

Consequently, the consumers will receive reply that the set is compliant with the regulatory standards or not.

In case of non-compliant, a message will be sent to the consumer to pay the customs duty along with penalty within two months. After which all unregistered mobile phones will become usable.

According to the PTA, nearly 160m compliant and non-compliant mobile devices are active on all the networks before the launch of DIRBS.

According to the source, the government is working on devising regulatory duty rates for used mobile phones to be notified after approval of the federal cabinet.

Three different summaries will be sent to the cabinet shortly in this regard, the source said, adding that these summaries will be submitted by the information and technology department, commerce division and the Federal Board of Revenue (FBR).

The rate of regulatory duty is 10pc of the value of mobile phone if its value ranges between $60 and $130 per set.

The rate of regulatory duty will be 20pc of the value if it is more than $130 per set.

According to the source, the rates of regulatory duty for a used mobile phone will be calculated while keeping in the view its value.

The unregistered mobile phones will be those devices that are not registered with the Global System for Mobile Association.

Voice of America protests Pakistan move to block its content 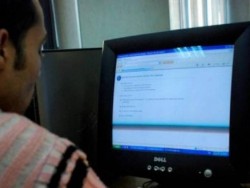