KARACHI: One doesn’t know whether the notion that faces are the window to people’s soul is just a meaningless smart-sounding comment or has some semblance of truth in it. It may be a philosophical statement, but many would not disagree that faces don’t always tell the whole truth. And that’s the thing which has made artists over the years examine facial expressions with great interest. An exhibition of Zebun Zuby’s artworks that opened at Gallerie Sadequain, Frere Hall, on Wednesday is a decent attempt at trying to know what lies behind a smile, a twitch or a stern look.

‘Basant’ (oil on canvas) sets the tone for the show on a lighter note. There’s a sense of mirth in a few artworks which for a moment misleads the viewer into thinking that the show doesn’t have an air of seriousness about it.

However, as more and more exhibits are viewed, the inquisitiveness in the artist’s disposition comes to the fore.

When Zuby makes faces, it becomes abundantly clear that the artist is not drawing any inferences; rather she’s painting all those visages that have over the years contributed to her better understanding of life.

Some of the artworks are done in a simple style, which suggests there’s not much to judge in terms of technique, but there is one piece in which it seems that some faces are either buried behind, or appearing from, a wall — perhaps against their will. It reminds this writer of a famous Urdu couplet:

Chashm ho to aaena khana hai dahr Munh nazar aate hain deewaron ke beech (In the mind’s eye, ours is a world of mirrors Faces emerge from within walls) The exhibition, which has been organised by the culture department, will be open till May 12. 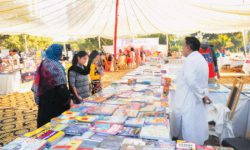 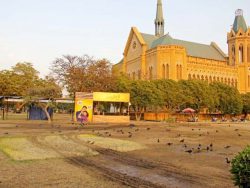 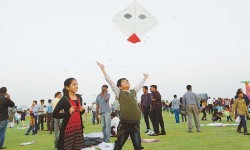 Basant and spring, a heady combination 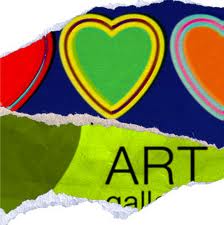