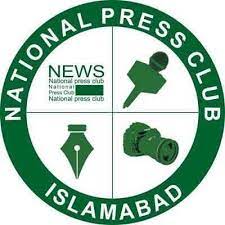 ISLAMABAD: A free medical camp was organised at the National Press Club (NPC), Islamabad, on Saturday, in collaboration with the Rawalpindi/Islamabad Union of Journalists (RIUJ) and the Association of Health and Medical Organisations.

Doctors specialising in various diseases examined about 1,000 journalists and their families, and conducted free medical tests.

Political, civil society figures and senior journalists visited the free medical camp and appreciated the efforts of the RIUJ. They said that the RIUJ was doing what the government should do because of the current economic crisis for journalists as well as suffering from constant stress.

They said that in this situation, holding such a free medical camp is a commendable initiative. They said that health and education are two basic human rights.

They further said that the government should issue health cards to the journalists as soon as possible, so that journalists can also avail this facility.