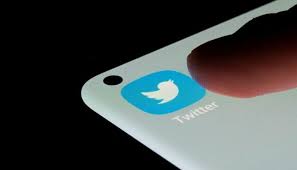 A person who was using a Twitter account with the username Rameez Raja Live was traced for making a fake account in the name of Prime Minister Shehbaz Sharif.

Prime Minister’s Focal Person on Digital Media Abubakar Umer on Monday revealed that the person behind the fake account has been traced and a case has been registered against him.

Taking to Twitter, Abubakar said that disinformation is not welcome. “Person behind this account (RameezRajaLive) has been traced & apprehended for impersonating the PM & misleading the people. He confessed it and a case u/s 16, PECA 2016 r/w 419, 505 PPC has been registered.”

The accused — who lives in Peshawar — confessed to spreading fake information. According to the FIR, the tweets made by him contained derogatory language.

Earlier this month, Abubakar was appointed as the Prime Minister Shehbaz Sharif’s focal person on digital media on an honorary basis.

On his appointment, he said that “this office will act as a bridge between the government and the people and promote honest discourse and discussion.”