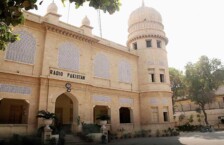 How is radio different from other mediums in Pakistan? Until the last millennium, radio was a major medium of information and news for the semi-literate population. Television, being an expensive technology dependent on then-scarce resource of electricity, was not available to everyone. Newspapers were considered mainly for the urban, literate segments. Radio as an economical and accessible medium was the ordinary people’s source of news, views and entertainment. Urdu radio services of the British Broadcasting Corporation (BBC), Voice of America (VOA) and Deutsche Welle (DW) were popular news and current affairs sources back then while the government-controlled Radio Pakistan was a major player providing official version of news.

In this millennium, the Pakistan Electronic Media Regulatory Authority (PEMRA) started licensing private FM radio stations. The liberalisation of the licensing regime engendered the mushroom growth of local FM radio stations. According to the PEMRA Annual Report 2019, there are 234 FM radio licences, including 177 commercial and 57 non-commercial (of educational institutions, government departments, etc) stations. Around 200 of these licences were granted during 2002 – 2012. Since then, the PEMRA has issued less than 40 new FM radio licences.

According to its stated mandate, the PEMRA as regulator of private broadcast sector is mandated to improve standards of information, education and entertainment as well as enlarge people’s choice for news and current affairs. In its early years, the PEMRA required from its radio licensees to air a “diversified mixture of programmes with not less than 90 percent share of indigenous Pakistani-origin programmes”. Its terms and conditions for commercial FM radio permitted the licensees to “broadcast local news” as well. This was considered a positive step towards diversifying broadcast sources of news and current affairs, which were previously under the control of the government through Radio Pakistan and Pakistan Television.

In view of this small window of opportunity, a few FM radio stations, established during the first phase of PEMRA’s licensing, started producing their own news programmes or airing hourly Urdu news bulletins by international broadcasters like the BBC, the DW or the VOA. The PEMRA did not like that and banned the airing of these hourly bulletins produced by international broadcasters arguing that FM radio is a local operation and can only air local content. However, these international broadcasters, particularly the BBC, found a way out and registered themselves in Pakistan as local companies. This, for some time, enabled them to air their hourly news bulletins through their partner FM radio stations. But soon the PEMRA knocked them out through new regulations for radio broadcast operations.

In 2012, the PEMRA amended its regulations and removed the provision relating to airing of ‘local news’ by radio stations, leaving no room for future licensees to have news programmes in their transmission. In the meantime, the PEMRA required the first-phase licensees to renew their licenses issued in 2002 for a period of 10 years. As a precondition for renewal, the PEMRA required the old licensees to deposit a licence fee equivalent to the last highest price paid for a licence in the same city/local area, where the radio service was operating. This practically required them to pay up to Rs 50 million for a license which they had earlier received for less than Rs 1 million for smaller cities, and around Rs 2 million for big cities. These radio stations approached the courts to challenge the revised fee structure. Initially, the courts adjudicated in the PEMRA’s favour. Currently, the matter is sub judice.

Najeeb Ahmed, a senior broadcaster and owner of PEMRA’s first FM licensee – Power FM 99 Islamabad – and now also running FM stations in Abbottabad and Vehari, fears that if the Supreme Court allows the PEMRA to charge these exorbitant renewal fees, a majority of the radio stations will not be able to continue. “The issue of producing and airing independent news and current affair programmes on FM radio becomes secondary when our survival is in question,” says Imran Bajwa, the owner of Mast FM 103 stations in Faisalabad, Karachi, Lahore and Multan. Only those few radio stations will survive which are either airing back-to-back music with low operational costs or those being operated by big media houses and business tycoons, he laments.

While the PEMRA, both in theory and practice, seems to discourage airing of news and current affairs on FM radio stations, it also seems to be failing in ensuring a level playing field and fair competition among all players in the sector. According to Media Ownership Monitor (MOM), a study jointly conducted by Freedom Network and Reporters Without Borders in 2019 on media ownership in Pakistan, “the accumulative audience shares of top 10 radio stations constitute 48.2 percent of the audiences’ shares of all radio stations in the country”. State-run Radio Pakistan and its subsidiary, FM 101, which are out of the purview of the PEMRA, are among these top 10 radio stations.

The growing ownership concentration in the hands of a few in the sector is another big issue hampering smaller stations interested in running news and current affairs programmes to compete in the market. For example, owners of media houses like Dawn, Samaa and News One collectively own a large number of FM radio stations in Pakistan; hence encouraging cartelisation in the sector. The PEMRA, on the other hand, seems to have completely ignored this aspect leaving smaller players at the mercy of big fish in the market. Also, due to the absence of any formal association of private FM radio stations, smaller groups are unable to have their say through any ‘collective bargaining’ forum. Moreover, there are over 50 military-run FM stations, which are neither licensed by the PEMRA nor governed by state-run Radio Pakistan. These unlicensed stations are competing for share from the small pie of advertising revenue, which according to Gallup Pakistan is a mere 3 percent of the total media advertising market, for the radio sector in the country.

Advancement of technology is becoming another challenge for the already struggling FM radio sector. Ideally, this technological revolution should have supported the industry in modernising its transmission and audience outreach. However, the sector is unable to benefit from this technological transformation, mainly because of the PEMRA’s inability to digitise the media sector in the country.

While radio in the modern world has moved to Digital Radio Broadcast (DRB) and DRB Plus, which is the modern version of digital radio, the media regulator in Pakistan has not even initiated the process to issue licences for digital radio transmission. According to Najeeb Ahmed, India has moved to Digital Radio Mondiale (DRM), which is the next generation of digital radio broadcasting, whereas we are forced to operate the century-old analogue technology. In the age of cyberspace and fifth generation communication technology, where internet and online apps are enabling broadcasters to identify, engage and interact with their targeted audiences, analogue radio is fast becoming irrelevant, including in Pakistan. In this backdrop, the future of radio journalism, although not entertainment, looks bleak in Pakistan.