Now that there is a committee set up for talking to the Taliban, including a ranking member of the PTI, the good Mr Rustam Shah Mohmand; senior journalist and now the prime minister’s (PM) adviser on national affairs, Mr Irfan Siddiqi; the much respected journalist Mr Rahimullah Yusufzai; and one-time spook Major Aamir (who should know it all), we in the media should, as soon as the committee starts its talks, adopt what was known as ‘Radio silence’, used whenever surreptitious goings on were going on.

In this particular case, I recommend Radio silence because the media should stop discussing what will or will not happen, as comment on it may well scuttle the talks. Neither should we put the members on the spot by asking too many searching/leading questions. In other words, we must let them get on with the job quietly, for it won’t be long before the results are in. Because of which there is no great need to ask for transparency either. Secret talks bring the best results, and if they are not to the country’s/the state’s satisfaction, they will not be accepted by the people. It is then that the media can go to town on it.

While all of us have our own views on the subject, we ought to wait for the results that should not be long in coming for reasons we all know but shall skirt for the time being in keeping with Radio silence. Except, of course, for condemning in no uncertain terms the bombing of a family restaurant in Peshawar frequented by our Shia brothers and sisters which killed nine and maimed many more. We must note that the TTP Peshawar Branch head, Mufti Hasaan Swati, and his friend Mast Gul who was once paraded by the JI and Friends across Pakistan after escaping from Indian-held Kashmir in 1995, have accepted responsibility for the bombing.

It is heartening to note, however, that according to news reports, the talks will be held within the ambit of the Constitution; for if the Taliban agree to this condition, the rest should be easier done. We have to remember, however, that none of this would have happened if the government and the new army leadership had not attacked TTP hideouts after the Bannu Cantonment attack. And if the PM and the COAS were not seen to be firmly on the same page.

WE should note that it is after a very long time that the TTP are finally convinced that the government and its military are serious in ending, once and for all, the rebellion in Fata, participated in by militants from all across the world. The fact is that the threat of using huge force against them has also convinced the TTP that it is better to go for talks rather than risk all-out war.

Thank heavens the PTI formula of removing troops from Fata and disengaging from the War on Terror (the brunt of which we have borne since 1994 — note please, Triumvirate) is not the starting point of these talks. For you would have given in from the word go, from where the only way would be down.

An aside: When I write, I also take a little time off to read the day’s newspapers. I have just come across fellow columnist in this newspaper of record: Chris Cork’s “The disappearing family” about Christians slowly leaving the Land of the Pure for safer havens across the seas, selling their belongings, I suppose even their treasured family heirlooms to pay their way; leaving the country they thought was theirs and to which they and their ancestors belonged, and in the earth of which their loved ones lie buried.

I weep reading Chris’s these lines: “You lock the door as you leave, knowing the key in your hand will never turn the other way again. And you disappear … The minorities of Pakistan are leaking slowly out of innumerable wounds, death by a thousand cuts, every cut inflicted by the knives of intolerance.” I am seething in anger.

But, curious, is it not, that some Pakistani ‘analysts’ will lie and say the Quaid never said what he did about our minorities because there WAS no speech at all on August 11, 1947! I mean, is this revision or what? And one of them is a government servant! How is he allowed his preposterous and outrageous lies, even about the Father of the Nation? Shame on him.

In the end, I must say that the brilliance of the Commando’s lawyers is dazzling. They now say the 1973 Constitution wasn’t a Constitution at all! Then what did their client ‘suspend’ (hold in abeyance) if not the Constitution of Pakistan (yes, the 1973 Constitution, none other) on November 3, 2007 when he declared a State of Emergency in the country to throw out the superior judiciary?
Most brilliant, no? 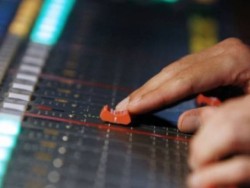 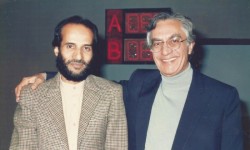 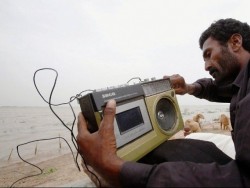 Tribespeople reliant on militant or foreign radio for news