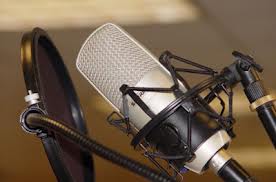 ISLAMABAD: The Pakistan Broadcasting Corporation (PBC) has removed all permanent staff from its news and current affairs channel and detached the transmissions of four provinces from its main hook-up.

Sources in the PBC (Radio Pakistan) told Dawn that during the last a few months, the management had transferred over a couple of dozen permanent staff from the channel to other operations. In a single day recently, 16 senior officials of the news and current affairs channel were sent to other services.

Prior to the removal of the permanent staff, the PBC also de-linked its Islamabad station from the four provinces.

Known as the National Broadcasting Service (NBS), the transmission was launched in August 2008 by the then PPP government by integrating all the regional transmitters in the four provinces into one stream.

The duration of the service was 17 hours a day – from 7am to midnight.

However, the incumbent PBC administration closed the regional languages transmission and detached the transmission of Punjab, Sindh, Khyber Pukhtunkhwa and Balochistan from the Islamabad station, the sources in the PBC said.

On May 29, 2014, the PBC transferred its 16 officials – one deputy controller, eight senior producers, three assistant producers and four resource persons – from the NBS service to the FM, external services and other stations.

The sources said soon after the term of the previous government of expired in April last year, Samina Khalid Pervez, the successor to former director general Murtaza Solangi, changed the name of the NBS into News and Current Affairs Channel. Ms Pervez also reduced the transmission from 17 hours to six hours a day.

The sources said after removing the permanent staff from the channel the PBC management had filled the vacant posts with inexperienced students from universities.

The sources said the objective of the changes in the NBS was to convert the service into an entertainment medium.

“Turning the radio from public service to a commercial entity would not make the PBC a profitable organisation,” claimed Mr Solangi, the former PBC head.

He said the annual budget of Radio Pakistan was about Rs3.75 billion whereas it earned Rs270 million through advertisements.

“The total revenue of the radio industry, including official and private entities, is not more than Rs1.25 billion per annum. If Radio Pakistan would get all the market shares, even then it could not reach the break-even level,” he said.

“In such circumstances the national broadcaster should not be converted from a public service organisation to a commercial entity.”

He said the objectives of launching the NBS and introducing regional languages transmission were to promote national harmony which could not be compromised because of meagre financial gains.

A senior producer of Radio Pakistan on the condition of anonymity told Dawn that after closing the news and current affairs transmission, the PBC management was about to start entertainment programmes on the same medium wave frequency.

He claimed that about 10 inexperienced people had been inducted without completing certain procedures against Rs50,000 per month salary to run the proposed entertainment channel.

When contacted, Samina Khalid Pervez, the incumbent PBC director general, said Radio Pakistan was facing an acute shortage of transmitters and for this reason it either had closed some programmes or shifted them to other frequencies.

She expressed the hope that after a new high-powered transmitter was made available after about six months, the regular transmission would resume. \ Published in Dawn, June 1st, 2014 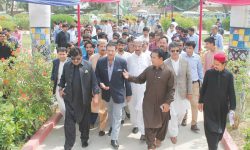 Body to revive past glory of Sindhi film industry in the works: minister