PESHAWAR: World Wide Fund for Nature-Pakistan in collaboration with the Wildlife Department Khyber Pakhtunkhwa has fixed Global Positioning System (GPS) collar to a male common leopard in Galyat area of Abbottabad district for the first time.

“This is the first time that a common leopard has been collared in Pakistan,” WWF it said. The common leopard has been declared an endangered species under the Conservation and Assessment Management Plan (CAMP, 2004) conducted by IUCN in Pakistan and was listed as near threatened on the IUCN Red List of endangered species which is found in northern parts of the country mostly in Hazara Division and tribal area.

Common leopard got attraction of wildlife experts when it started attacking local population especially females and their cattle in forest covered areas of Galyat. The animal is under threat in the region because of attacks on the local population and destruction of habitats owing to deforestation.

An official said a team of conservationists captured the male leopard on Sunday and was released the same day with radio collar. The leopard was weighed, the morphometric details were collected and the satellite collar was fitted in addition to the DNA samples collection as well.

The press release said the leopard was released back in its original habitat in Ayubia National Park. It said the entire process of radio collar fitting and other data collection was documented by the Walkabout Films Production Company who has already worked on the global wildlife projects.

WWF-Pakistan had launched project titled ‘Common Leopard Conservation Project’ in collaboration with the provincial department in 2011. The press release said the project was also supported by human welfare and nature conservation society.The project also aimed at awareness sessions for schools children and local community about the leopard’s ecological importance. The WWF said the project would also cover collection of scientific data including scat analysis to identify the leopard prey base and its population in the area.

The radio collared common leopard will be tracked by the project team for the next two years on the minimum to get scientific information related to the home range and the territorial behaviour to take measures for the long term conservation of this species in its historic natural habitat of Pakistan. 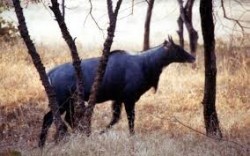 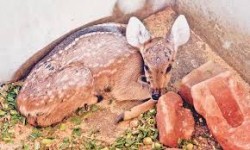 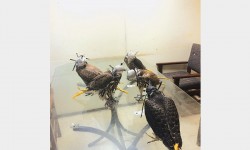 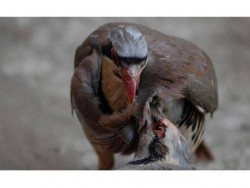