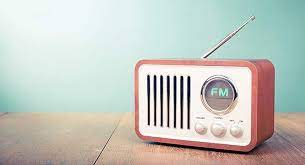 “Pilac has also been running the Punjab Rung Radio at Lahore for the last 13 years. It has played a marvelous role in spreading awareness about the Covid-19 and dengue through special transmissions. It broadcasts programmes to remember noted personalities related to language, art and culture.”

She said new radio stations at Rawalpindi and Multan had been established to expand the network of the Punjab Rung, which had a very special scope and certain objectives that made it different from other radio stations.

Elaborating objectives of the new radio stations, the DG said they would promote mother language, its dialects, arts, culture and Sufism. Besides, , she added, the stations would promote diverse culture of Punjab through broadcasting folk music, folklore, programmes on arts and cultural awareness.

“These radio stations are focused on live transmissions that are presented on national, international, religious days and social events. They also carry out awareness campaigns by broadcasting informative programmes for public awareness.”

Sughra Sadaf said the FM radio stations work for the education department by airing educational content on a daily basis that helped students in distance learning.

She said Pilac wanted to expand the network of these radios to the divisional level to promote mother language, arts, culture and Sufism.