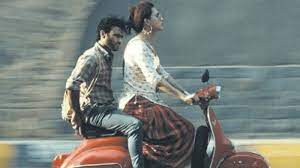 LAHORE: The government of Punjab has banned the screening of Saim Siddiq’s ‘Joyland’ movie, less than 24 hours after the federal government decided to lift the ban, reported local media.

The notice sent by Punjab Information and Culture Department to Sarmad Sultan Khoosat on November 17 reads that the ‘Joyland’ team cannot exhibit their film in the jurisdiction of Punjab province till further notice by the Government of Punjab.

The notice read the law suggests that the government may at any stage call for the record of any proceedings about any film that may be pending before or has been decided by the board. After a such inquiry into the matter as considered necessaryand without notice to the person who has applied for certification of the film, or to whom a certificate in respect of the film has been granted to the distributor or exhibitor of such film, make such order in relation thereto as it thinks fit.

that the government can direct that a film or class of films in respect of which a certificate has been granted under the Motion Pictures Ordinance or the Censorship of Films Act, 1963, (XVIII of 1963), shall be deemed to be an uncertified film.