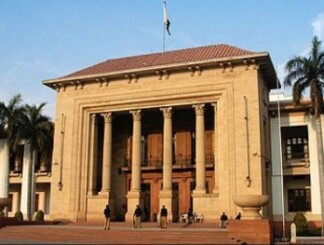 LAHORE: The government has accused the opposition of duplicity over the Punjab Local Government Bill 2013, saying it has yet to present its objections at a special committee set up to deliberate on the matter despite its vocal criticism of the draft legislation in the press.

Speaking to reporters before the start of Punjab Assembly proceedings on Wednesday, Opposition Leader Mian Mehmoodur Rasheed said that the opposition had not consented to a single point in the bill and would make its reservations clear in the coming days. He said that the Punjab Assembly was the only provincial legislature where a local government bill had been tabled and more time was needed to discuss it.

But Law and Local Government Minister Rana Sanaullah, also talking to reporters, accused the opposition of duplicity. He said that opposition members had criticised the bill when speaking in the house and to the press, but at the meeting of the special committee they had agreed with the treasury benches to pass it unanimously. He said that the opposition’s reservations about the bill were just for media consumption, as it actually agreed with the treasury on most points.

The Punjab Local Government Bill 2013 proposes a new system of local administrations in urban and rural areas in place of the system introduced by Gen (r) Pervez Musharraf in 2001, which was later suspended. The opposition has criticised the proposed new system as weak and open to interference from the bureaucracy.

Meanwhile, the general debate on the bill continued inside the assembly, though some members questioned its relevance when the real discussion was taking place at the special committee. Senior members from both sides including Sanaullah and Rasheed are attending committee meetings where the points of the bill are being discussed.

The assembly proceedings began at 11.15am under the chairmanship of Acting Speaker Sher Ali Gorchani. The speaker set aside the routine agenda and allowed the house to participate in the general debate on the PLG Bill 2013. Much of the debate was taken up by members delivering speeches in praise of each other’s leadership rather than about the bill’s substance.

Talking to The Express Tribune, MPA Ayesha Javed of the PML-N said that the content of the bill was being decided by the special committee so the speeches in the house were pointless. “If someone wants to add to the bill, he or she should approach the committee. The present discussion in the house is boring,” she said.

“The committee members should be forced to sit in the house, listen to the speeches and incorporate the suggestions in the bill, or the house should be adjourned until the committee completes its proceedings,” she said.

Javed said that she was disappointed with how unprepared the opposition members were on the bill. “They are just issuing baseless statements,” she added. In the assembly, Sanaullah rejected the opposition’s request to adjourn the session until after Eid. Sources in the treasury benches said that the government intended to pass the PLG Bill 2013 before the Eid holidays, ideally in the form that the draft was introduced in the house last Friday. 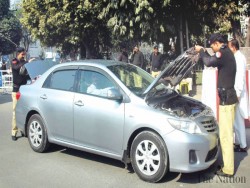 Journalists colony to be set up in Faisalabad