PTV to be run on modern lines, says Fawad 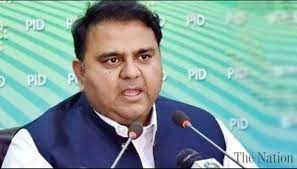 ISLAMABAD: Information Minister Fawad Hussain Chaudhry said on Wednesday that he had resumed the process of reforms in his ministry that he had begun in 2018. The measures include the revamping and modernisation of the state-run Pakistan Television (PTV).

The minister said in a series of tweets the PTV News had been given a deadline of June 1 to complete its high definition (HD) project, pending since 2019. “From June 1, PTV News will be converted to full HD and PTV Sports will also become an HD channel this year,” he added.

An English-language channel will be launched this year under the process of reforms, Chaudhry Fawad said.

He said PTV studios in Karachi and Lahore would be renovated on public-private partnership mode. Furthermore, the state-run Associated Press of Pakistan (APP) would be made a digital news agency.

The minister said steps had been taken to make the Press Information Department (PID) and the advertising system completely paperless. The PID’s external publicity wing would be revamped, he added.

Mr Fawad said revival of film and drama was the government’s top priority. “Work has started on world class production (of documentaries) on the lives of Sir Syed Ahmed Khan and Tipu Sultan.”

The Kamyab Jawan programme, he said, would provide loans of up to Rs50 million to young drama and film makers.

Houses and Insaf Sehat Cards would be provided to journalists associated with print and electronic media, the minister said.

The information minister said legislation was being done for mandatory payment of salaries to journalists, in both print and electronic media, to overcome the problem of delay in payments.

“I will also ensure that press clubs provide maximum facilities to their members. Digital media will get my full support, too,” the minister said.