PTV removed from list of entities proposed for privatization 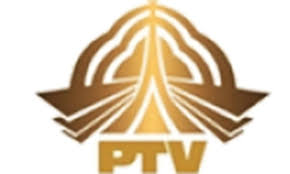 ISLAMABAD: The Cabinet Com­mittee on State-Owned Enterprises (SOEs) on Wednesday decided to remove Pakistan Television Corporation (PTVC) from the list of the SOEs whose privatization has been proposed.

The decision was taken at the request of the Ministry of Information and Broadcasting.

The information secretary told a meeting of the committee that PTVC was undergoing massive restructuring to make it a financially viable, professionally efficient and technically sound state-owned enterprise to amplify national narrative and formulate favorable public opinion.

The committee meeting, chaired by Finance Minister Abdul Hafeez Shaikh, was attended by Minister for Privatization Muhammedmian Soomro and Adviser to the Prime Minister on Institutional Reforms and Austerity Dr Ishrat Hussain, besides senior officials from the ministries of finance and privatization.

The finance ministry presented a report on “Triage of State Owned Enterprises” before the cabinet committee which after detailed discussion directed the authorities concerned to streamline the existing categories for privatization of SOEs and present a roadmap before the committee.

The committee directed the ministers concerned to utilize the interim period effectively and work out options for restructuring SOEs, including the possibility of turning their officials into contract employees, where applicable, and update the committee periodically.

It was decided that forensic audit of major loss-making SOEs would be conducted in accordance with the directives of the prime minister.

The finance secretary told the committee that in this regard the Auditor General of Pakistan’s office was on board and had started collecting data whereas several private sector firms had also shown interest in conducting the forensic audit.

The committee decided that keeping in view the large number of SOEs, the task of forensic audit might be distributed among the private firms and the Auditor General of Pakistan as per rules.

The finance secretary updated the committee on the progress made on draft SOE Bill 2020 and said that the finance division had submitted it to the law and justice division. Once the draft bill was cleared, it would be presented before the cabinet for approval, before being tabled in parliament.