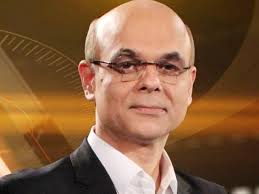 Accepting the petition, the court has constituted a two-member divisional bench comprising Justice Noorul Haq Ain Qureshi and Athar Minullah and fixed June 26 as the date for hearing.

On Wednesday, the petitioner’s counsel, Akram Sheikh, appealed before the court that the verdict by IHC’s single bench, comprising Justice Shaukat Aziz Siddiqui, be declared null and void.

On Tuesday, the IHC had given a verdict on a petition filed by Qazi Mustafa Kamal who had adopted the stance that the appointment of PTV MD was made through illegal means to appoint a blue eyed boy.