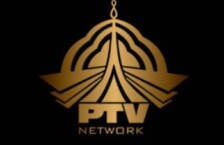 Pakistan Television’s long plays, known for their unconventional storylines on relevant sociocultural issues, remains to the channel’s hallmark productions to this day.

PTV has decided to revive the tradition of its golden era and has commenced shooting 90-minute long plays. Considerable hustle-bustle of stars and celebrities was seen in the corridors of the Lahore centre.

The first long play that will be aired is Main Woh Aur Main written by Riaz Ahmed Riaz. The story is based on a rural social taboo – honour killing – and revolves around a man who killed his sister. His parents want to save him by not disclosing the murder committed by their son and trying to establish their daughter’s killing as suicide. The writer has focused on moral values of society in this play.

The main cast includes Haider Sultan, son of Sultan Rahi, Ammara Butt and others. The producer is Matloob Baloch, who is confident that the 90-minute play will help bring the PTV audience back to television.

Known for classic dialogues, strong and endearing characters, star-studded cast and stories based on social issues, long plays made up the golden era of PTV and still reminds one of the glorious past of television.

Plays such as Rago Main Andhaira by Younus Javed, Nangay Paaon by Ashfaq Ahmed, Na Qafas Na Ashiana and Mirza and Sons by Anwar Maqsood, Zard Gulaab and Chatan Par Ghonsla by Bano Qudsia, Gumshada by Munno Bhai and many others of Amjad Islam Amjad left a profound impact on the audience and were watched across the country and the border.