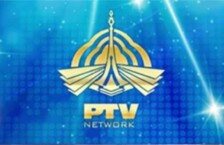 ISLAMABAD: The board of Pakistan Television (PTV) Corporation on Friday suspended its managing director Aamer Manzoor for 10 days allegedly for “exercising powers beyond prescribed limits”.

According to media reports, PTV’s board of directors took the decision at an emergency meeting on Friday evening that was presided over by its chairman Syed Naeem Bokhari.

When contacted, PTV spokesman neither confirmed nor denied the suspension of the managing director.

However, sources in the information ministry said the charge of PTV’s managing director had been given to an additional secretary of the ministry, Shahera Shahid, for a period of 10 days.

Meanwhile, Mr Manzoor rejected the charges levelled at him by the PTV’s newly constituted board of directors. He termed the “charge-sheet” presented to him “a reaction” to his efforts to stabilize the organization that, according to him, had been thrown into disarray due to Mr Bokhari’s ad hoc decisions.

He said he had “spearheaded PTV’s financial turnaround” and described the charges against him as “ill-intentioned and part of a campaign to discredit his contributions to the organization”.