ISLAMABAD: The Senate Standing Committee on Information and Broadcasting on Monday lambasted the management of Pakistan Television Corporation (PTV) for its failure to purchase the broadcasting rights of two upcoming cricket series against South Africa and Sri Lanka and rejected PTV’s argument for not bidding in the process.

The Senate committee has also summoned former PTV managing directors Yousaf Baig Mirza and Muhammad Arshad Khan to guide the committee that if PTV could participate in the bidding processes during their tenures, why couldn’t it now.

Accusing the channel of willfully steering clear of the Pakistan Cricket Board’s (PCB) bidding process, the head of the committee Senator Kamil Ali Agha said, “The ad hoc management of the PTV intentionally avoided participating in the bid, which it has been participating in for the last five years.”

He said that the current management did not participate in the bidding at the behest of a third party, and asked the PTV management to submit a detailed reply to the committee within seven days.

Agha alleged that three PTV officials along with the lawyer, travelled to Lahore, enjoyed travel perks, but pulled out of the bidding process at the last moment.

A paper submitted to the Senate committee states, “It is an open secret that this was done by the managing director on the wishes of stakeholders against some monetary rewards.”

“If the PTV was not interested in the bidding process, why did the management purchase bid documents and send officials to Lahore?,” asked the committee document.

Senator Agha said that the PTV had a lot of resources to fulfill requirements of the bid, as full payments of the PCB cricket rights were always paid in installments and only an initial amount was needed at the time the bid was opened.

The chairman said that if PTV had bought exclusive rights of Pakistan’s series against South Africa and Sri Lanka, revenues would have been maximised, but it unfortunately did not. He added that currently Pakistan owned rights of International Cricket Council’s (ICC) events till 2016, and that in the past Pakistan also had exclusive rights of Asia Cup, as events like these generated revenues for the state-owned channel.

Talking about mismanagement in the network, the chairman said that an impression had been created that PTV had lost rights due to incompetency and lack of planning by the current acting managing director of the channel.

However, PTV Director Dr Nauman said these rights were in the market and PTV could purchase them in sub-licensing, adding that these were global bids and not Pakistan specific.

Pakistan Electronic Media Regulatory Authority (Pemra) was also asked to submit a report about the rights given for foreign content on satellite channels.

Pemra informed the committee that it had granted permission for 26 landing rights to offshore satellite television channels in Pakistan, adding that it had allowed 10 per cent foreign content on Pakistan satellite channels under directives of the federal government.

On the other hand the PTV management said that the present government had initiated imposing taxes on foreign dramas and films aired on Pakistan channels to safeguard the local television industry.

Besides, the Senate committee also sought detailed reports from the Balochistan government over the First Information Reports (FIRs) registered under the Anti-Terrorist Act against 11 newspapers in the province, including a private news channel. 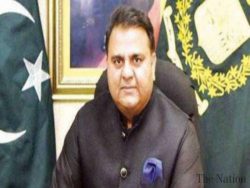