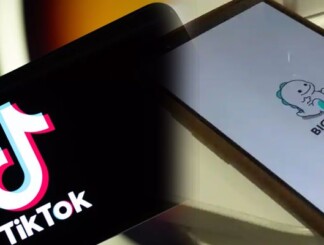 KARACHI: While the government is clamping down on “immoral” content online, digital rights experts and social media users have termed the recent bans on digital applications a threat to creative expression by youths who are otherwise devoid of entertainment.

In a statement on Monday, the Pakistan Telecommunication Autho­rity (PTA) announced it had issued a “final warning” to video-sharing service TikTok to remove “obscene and immoral content” on its platform.

The regulatory authority said it had also blocked live streaming application, Bigo, over a number of complaints about the app having extremely “negative effects on the society and the youth in particular”.

TikTok, which is owned by China’s ByteDance, has been downloaded almost 39 million times in Pakistan and is the third-most downloaded app over the past year after WhatsApp and Facebook, according to analytics firm Sensor Tower.

Bigo Live has been downloaded over 17m times in Pakistan and is the 19th most downloaded app in the country.

Despite their growing popularity in Pakistan, the PTA said the response of these companies was “not satisfactory”.

Arslan Khalid, Prime Minister Imran Khan’s focal person on digital media, has backed the move, saying the stringent measures were necessary as the platforms were not understanding the severity of the situation.

“The recent exploitation of female TikTokers, the objectification and sexualisation of young girls on TikTok was causing huge pain to the parents & was proving detrimental for our society,” he wrote on Twitter.

TikTok has not commented on the matter.

Interestingly, TikTok says it deleted more than 49m videos which broke its rules, between July and December 2019. About a quarter of those videos were deleted for containing adult nudity or sexual activity, according to its latest transparency report.

About one-third of the videos were from India (where the Chinese app is now banned), followed by the United States and Pakistan where it has removed over 3m videos for violating its community guidelines.

Digital rights groups fear the recent bans follow the trajectory set forth in the Citizen Protection (Against Online Harm) Rules, 2020, whereby non-compliance by social media to government requests will lead to consequences, including blocking of entire platforms in Pakistan.

“Section 37 of the Pakistan Electronic Crimes Act (Peca), 2016, gives overbroad powers to the PTA where officers of the executive get to interpret language of Article 19, including reasoning of morality and obscenity, and pass these bans without accountability or tests of reasonableness,” Bolo Bhi director Usama Khilji told Dawn.

Mr Khilji believes it should not be up to the state to dictate morality for citizens, especially when such apps are avenues for creative expression by youths who are otherwise devoid of entertainment.

The Digital Rights Foundation (DRF) also urged the PTA to reconsider its approach for the safety of minors.

“The justification of these bans to ‘protect’ children and the youth is akin to banning highways to prevent road accidents,” it said in a statement released on Tuesday.

Banning applications was a paternalistic solution to a problem whose root causes were beyond individual applications or even the internet, it added.

The PTA said it had blocked the application in exercise of its powers vested under Peca.

The DRF pointed out that blanket bans on social media platforms were neither proportionate, necessary to the harm stated by the PTA, nor justified under the law.

Citing the example of the temporary suspension of popular online game PlayerUnknown’s Battlegrounds (PUBG) by the PTA earlier this month, the rights groups said the regulatory authority could not block any digital platform without affording them proper opportunity of defence.

During the hearing of a petition challenging the ban on PUBG, the PTA was asked to detail if the suspension orders followed legal procedure. The decision on the case had been reserved.

The rights groups have demanded that the PTA present a written order stating reasons on the basis of which the bans were imposed.

The DRF said these platforms provided content creators with an opportunity to earn revenue from their live streams and creative videos.

Many Pakistanis, it said, were among the top professional online gamers, using platforms such as PUBG, and there was a burgeoning local e-sports culture.

“In a post-Covid-19 economy, as prospects for employment for the youth are rapidly shrinking, taking away these economic opportunities could devastate the livelihoods of many,” the DRF regretted.