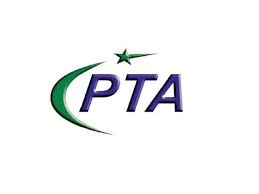 Pakistan Telecommunication Authority (PTA) will raise the issue of blocking of Twitter accounts again with the Twitter administration as it continues to suspend accounts from Pakistan.

According to Spokesperson PTA Khurram Ali Mehran, Twitter has recently suspended accounts of a number of Twitter users from Pakistan without any warning and on unsubstantiated grounds.

The PTA considers action of Twitter administration against the set principles of freedom of speech. Social media users are encouraged to report such suspended accounts to the PTA, so that the issue can be raised with the Twitter officials, he added. According to details, the PTA has reported 396 suspended accounts to Twitter so far after receiving complaints from the social media users. However, Twitter has restored only 66 accounts so far while the remaining 330 are still suspended.

According to officials, most of the handles have been suspended for posting tweets about Indian-occupied Jammu & Kashmir (IOK). Earlier Twitter had sent notices to President Dr Arif Alvi, Deputy Speaker National Assembly Qasim Khan Suri and Minister for Communications Murad Saeed along with several other politicians for raising voice over the ongoing human rights violations in the IOK.

The PTA in addition to raising its concerns with the Twitter administration about the biased approach towards Pakistani Twitter users in strong words has also requested Pakistani social media users to report any Twitter account suspension on the pretext of posting pro-Kashmir content to the PTA at content-complaint@pta.gov.pk.

Under the Prevention of Electronic Crime Act, 2016, the PTA is the sole body to block access to unlawful contents on internet and take up with relevant platforms where blocking by the PTA is not possible on technical grounds. The PTA will keep taking up the matter with Twitter to urge them to discontinue their biased approach towards Pakistani users.