The revised IM has been issued on the demand of the CEO of cellular mobile operators.The date of final auction will be April 23 and applicants submit sealed bid along with pre-bid deposits till April 14, 2014.

There are three 3G (in 2100 MHz) and two 4G (in 1800 MHz) licenses to be auctioned through two-stage bidding. One 15 MHz spectrum from 850 MHz band will be allotted if any new operator gets the license.

The CMOs raised their concerns on the initial IM issued by the government in which new entrants were given ‘special treatment’. The operators were asked to submit their advices on the IM to the government. In a joint declaration after the meeting, Anusha Rehman said the government would make all efforts to include the advices of all the stakeholders, particularly CMOs, to ensure transparency in the auction of the next generation spectrum. 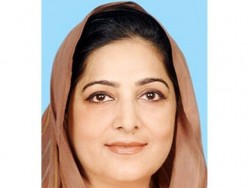