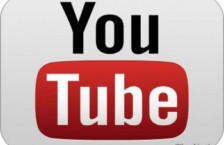 ISLAMABAD: The head of Pakistan Telecommunication Authority (PTA) Monday strongly defended before a Senate panel for lifting ban on YouTube before the parliamentary committee decided to move a resolution in the House as well as recommend the government for unblocking the popular content sharing site.

Senate Functional Committee on Human Rights, which met at the Parliament House, also observed that access to information was an inalienable right of citizens and they could not be deprived of this right by blocking YouTube. Chairman of the committee, Senator Afrasiab Khattak, remarked, “If you don’t like a book in a library, you had no right to abolish the whole library.”

PTA Chairman Dr Syed Ismail Shah briefing the committee regarding government’s ban on YouTube proposed for lifting of the ban, saying the government had talked with the Google in this connection. He said the search engine had agreed to display prior warning worldwide for all objectionable and blasphemous pages, identified by the government of Pakistan, uploaded on the site. “We are not policy makers, but regulators,” the chairman also said at the same time.

The Chairman PTA told the committee that Google had displayed warning for 848 blasphemous pages as identified by the government of Pakistan and such warning had yet to be displayed for 65 such pages.

Senator Mushahid Hussain Syed said that banning of YouTube was not the exact answer. He said, “We live in the 21st century. It is a globalized word and this censorship was not the answer as You Tube was a source of information as well as entertainment.” Senator Farhatullah Babar proposed to lift the ban on the site in the light of the technical facts before the committee decided that it would bring a resolution in the House and write to the government to lift ban on it Dr Shah suggested that the government should take on board all the religious parties before moving a resolution in the House and recommending the government in this connection.

The meeting decided to form a sub-committee headed by Senator Farhatullah Babar and including Sehar Kamran and Surriya Amiruddin that would visit district Khuzdar of Balochistan and probe the issue of discovery of mass graves in the area. The meeting also said that a public hearing of Voice for Baloch Missing Persons (VBMP), which was holding a long march for the recovery of their enforced disappearances, would be held in the capital upon their arrival here.

Tariq Lodhi, Director General (DG) of the National Crisis Management Cell (NCMC) of Ministry of Interior, told the meeting that as many as 13 proscribed organizations were operating in Balochstan and a number of foreign agencies were providing them help. He said that the number of missing persons as claimed by the people of Balochistan had now reduced to less than hundred.

Khattak remarked that denial was not the solution and they would go to the bottom line to probe the issue of mass graves in Khuzdar. The meeting condemned that no one from the Federal Interior Ministry visited the area of Khuzdar and it was only relying upon the information provided by provincial home ministry.

The committee also decided to visit Karachi to see whether police and other law enforcement agencies were committing any human rights violations there in the on-going targeted operation in the metropolitan city after Senator Nasreen Jalil of MQM raised hue and cry over the torture and extra judicial killings of her party wrokers. The committee stressed that a legislation already recommended in its report presented to the House was necessary to stop extra judicial killing and the phenomenon of missing persons. It recommended its earlier demand fro the formation of oversight committee for Karachi Operation should be implemented.

The meeting showed its apprehension for the increasing number of Taliban in Karachi and a news report saying that the outlawed TTP dominated 30 percent area of the city. Chairman committee said that the government had failed to give a comprehensive national security policy till yet and was busy in just ‘fire fighting to deal with the menace of terrorism.

The Committee kept pending the issue of the death of a young Christian in the police lock up in the jurisdiction of Islamabad Police till the final report of the chemical examiner. SSP Islamabad Dr Rizwan told the police that a murder case had been registered against three persons including two police officials, however a judicial inquiry recommended that it was a suicide case. The committee also decided that it would visit Gilgit Baltistan in next months to assess the situation of the area including the situation of human rights saying that the future of Pakistan lied in Gilgit Baltistan. The committee had taken up the issues of human rights violations in the areas and prevalence of an oppressive atmosphere there. The committee was informed that GB had the potential of generating 28000-megawatt hydropower.