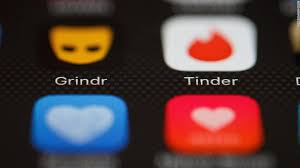 ISLAMABAD: The five dating applications, recently blocked by the PTA, were found involved in spreading nudity and promoting even homosexuality by sharing indecent videos of lesbians and gays.

These live broadcasting Apps also contained such indecent and immoral content hosted by Pakistani users, which showed how these Apps were spreading immorality within the society.

A government source lamented that certain elements from mainstream media have started criticizing PTA for this and defending these Apps without even checking what they were doing. Prior to this action, the PTA had issued legal notices to the management of these Applications, however, none of them even bothered to respond to these notices by the regulator.

According to the PTA, the Authority could re-consider its decision of blocking these Apps provided their managements assure the adherence to the local laws particularly with regard to curbing the indecent and immoral content. It is explained that under section 37 of the Prevention of Electronic Crime Act (PECA) 2016, the PTA is empowered to remove or block unlawful content over Internet in Pakistan.

While blocking these Apps, the PTA had said that the purpose of the move was to “remove” dating services and to moderate live streaming content in accordance with local laws of Pakistan.

“Since the platforms did not respond to the notices within the stipulated time, therefore, the authority issued orders for blocking of the said applications,” the PTA had said. A segment of local media, however, termed it “moral policing” on part of the PTA and complained as to why the PTA stepped up efforts to engage tech platforms on compliance with local laws, particularly over content it deems immoral.

Ignoring what is written in the constitution and what the law of the land says, it is objected by certain elements why the authority recently asked video-sharing platform YouTube to immediately block vulgar, indecent, immoral, nude and hate speech content for viewing in Pakistan.

Earlier in July, according to a media report, the PTA had issued a final warning to Chinese-owned social media app TikTok, ordering it to filter any obscene content. It also blocked the video-streaming app, Bigo Live, though the ban was lifted a few days later once the platform agreed to moderate “immoral and indecent” content, the report read.

The report added that Internet operators have also been directed by the government to ensure that no “immoral or illegal” content is made accessible to users.

An official source lamented that these initiatives of the PTA are though greatly appreciated by the people, some in the media only highlight the view of those a few who propagate and believe that there should not be any check on vulgar, indecent and immoral content.