Private TV broadcasts to be suspended in Punjab if tax not revoked: Cable operators 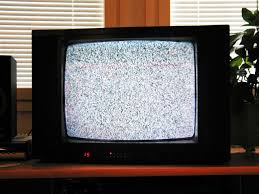 LAHORE: Pakistan Cable Operator Association has announced to suspend three-hour transmission of all private channels from Thursday (tomorrow) till a week to protest against tax imposed by Punjab Revenue Authority.

Addressing a press conference at the Lahore Press Club Tuesday, the head of all Pakistan Cable Operator Association, Captain Jabbar (retd) said the transmission of all TV channels other than PTV would remain suspended from 7 pm till 10 pm from Thursday for a week.

The Punjab government should revoke tax levied on cable operators and if the government doesn’t negotiate, the broadcasts will be suspended from Thursday, he added. He said three-hour suspension would continue for a week and if their demands were not considered, the time span would be increased from three hours to six hours.

Jabbar further said the chief minister must take notice of tax imposed on cable operators as Punjab Revenue Authority was trying to arrest the cable operators. Cable operator association leaders cautioned Punjab government that if any cable operator was taken into custody then their protest will be countrywide.

Meanwhile, Chiniot Cable Operator Association also announced suspending transmission of all the channels in the district from Thursday except PTV.